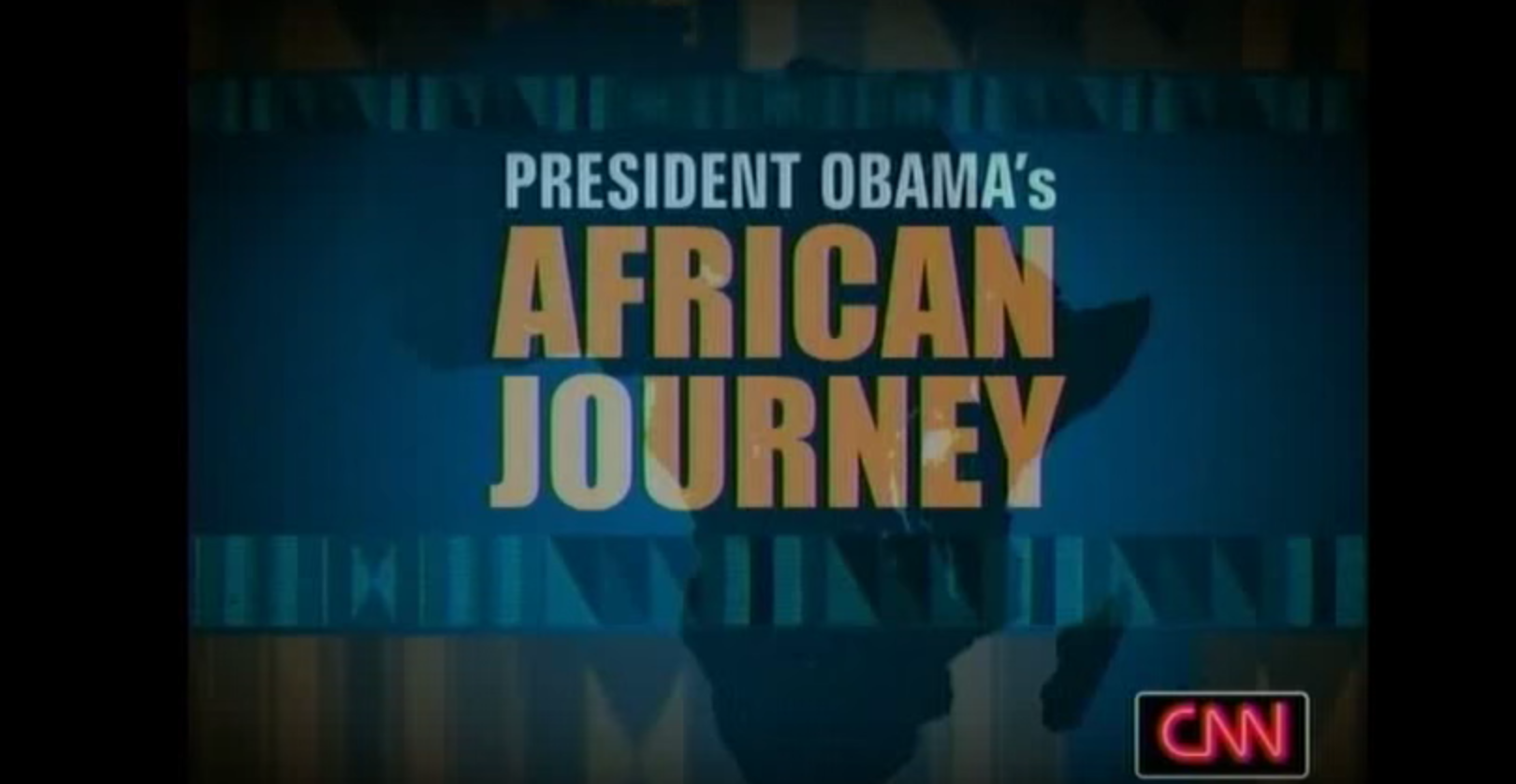 This is a video of CNN coverage of Obama visiting Cape Coast Holocaust Dungeons in Ghana, a site where enslaved Africans were stored before shipment to the New World to be exploited in the endeavors of colonization. The sight of the first interaction between the United States and Africans. The dungeon structure functions as a jail giving way to the larger prison that enslaving nations became for blacks, and these particular dungeons are one of the biggest in existence. Michelle Obama traces her ancestry to slaves, and slave owners, both the abusers and the abused in this complicated system. Obama speaks of the difficulties, emotions, and enduring social messages that the act of his visit evokes in this direct confrontation of a sorrowful past.