Chasing Monsters from Under the Bed: Performance and Public Dialogue 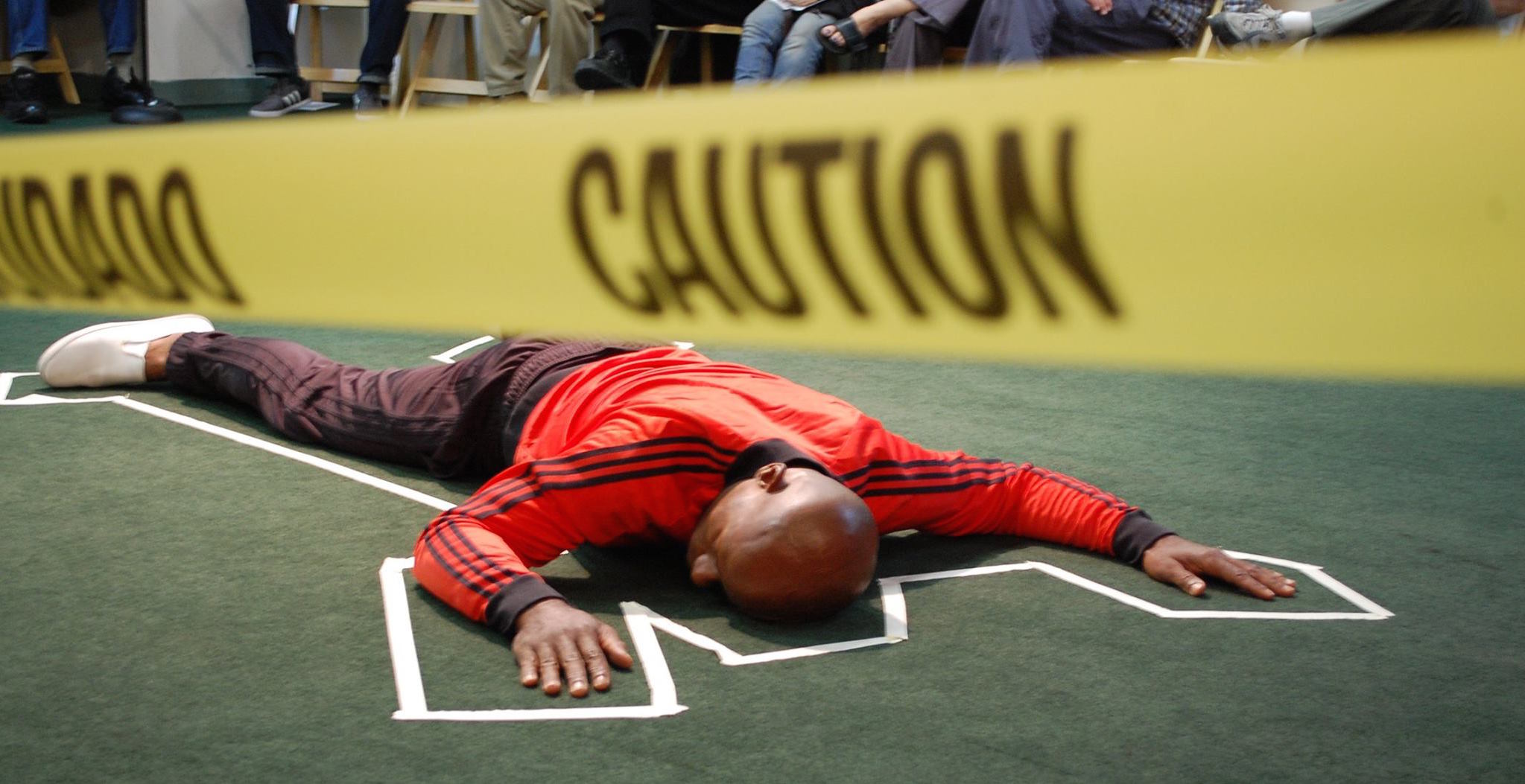 The performance will be followed by a discussion with Dr. Greer Sullivan, Director, Center for Healthy Communities, UCR School of Medicine, and several cast and community members.

Los Angeles Poverty Department
Chasing Monsters from Under the Bed

Free and open to the public

The United States has ten times more mentally ill people in its prisons than in psychiatric hospitals. Closer to home, one of every five people released from incarceration in Los Angeles County go directly to the street.

The theatrical presentation of the Los Angeles Poverty Department’s Chasing Monsters from Under the Bed explores processes of recovery from mental illness and homelessness at a time when, rather than being provided with care, thousands of homeless mentally ill people are abandoned, feared, threatened by aggressive policing, and caged in our mass incarceration system.

Drawing upon the experientially acquired wisdom of its performers (many of whom are residents of Skid Row in Los Angeles), Chasing Monsters from Under the Bed portrays the struggles faced by members of Los Angeles Poverty Department and how they have grappled with mental health issues. The performance is inspired by the most forward-thinking voices within the mental health profession who believe that gaining a meaningful role in life and realizing an identity of one’s own choosing—parent, wife, actress, docent, worker—is both the method and the goal of treatment. The result of a 10-month workshop process, it is collaboratively authored and performed by 14 workshop participants and co-directed by Henriëtte Brouwers and John Malpede.

Celebrating its 30th year, Los Angeles Poverty Department is the first ongoing arts initiative in Skid Row. The group creates performances and multidisciplinary artworks that connect the experience of people living in poverty to the social forces that shape their lives and communities. Their works express the realities, hopes, dreams, and rights of people who live and work in LA’s Skid Row. Los Angeles Poverty Department has created projects with communities throughout the US and in The Netherlands, France, Belgium, and Bolivia.

Chasing Monsters from Under the Bed accompanies the exhibit States of Incarceration: A National Dialogue of Local Histories on view at the California Museum of Photography. The performance is produced by Los Angeles Poverty Department with support from the Surdna Foundation, National Endowment for the Arts, Los Angeles County Arts Commission, and City of Los Angeles Department of Cultural Affairs. Support for its presentation at UCR is provided by the National Endowment for the Humanities; Open Society Foundations; department of Theatre, Film, and Digital Productions at UCR; department of History at UCR; Friends of Public History; and Blum Initiative on Global and Regional Poverty, an affiliated research center of the UCR School of Public Policy; and Center for Healthy Communities of the UCR School of Medicine.