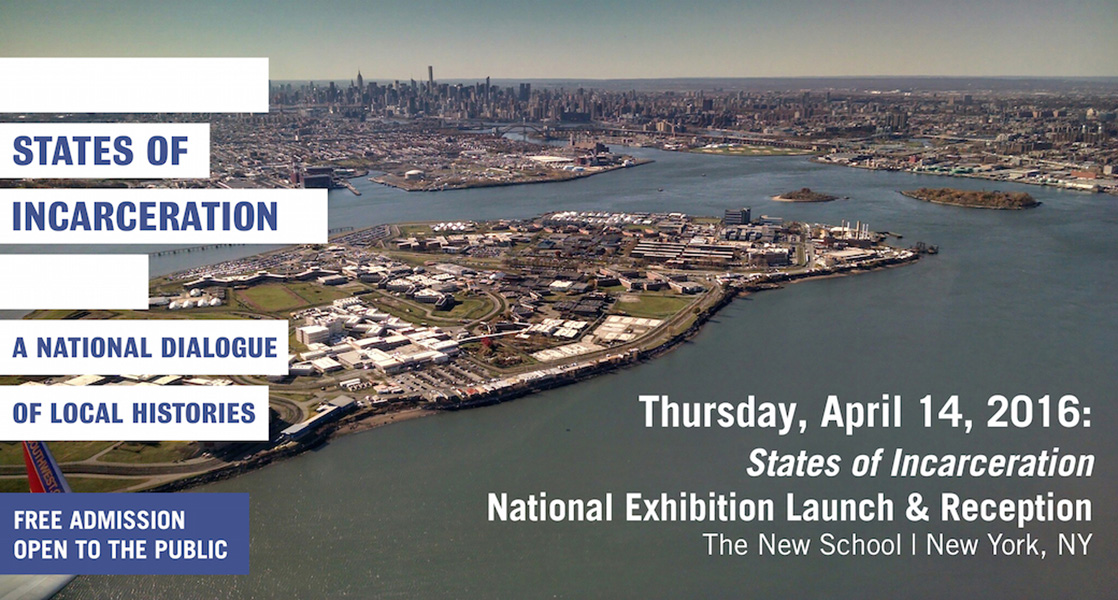 States of Incarceration: A National Dialogue of Local Histories will bring together the national community of over 500 people in 20 cities who together created a traveling exhibition on the past, present, and future of mass incarceration.

Join us for a conversation on remembering Rikers Island between:

Participate in Legislative Theater led by Theatre of the Oppressed NYC (TONYC) with formerly incarcerated people from The Fortune Society. Jump in and make change on stage!

7:30-8:30pm: Arnold and Sheila Aronson Galleries, 66 Fifth Avenue at 13th Street. Exhibit launch and reception: Tour the exhibition with people who created it from around the country.