ARCHITECTURES OF CONTROL: Spatial Structures of Captivity in Medieval Florence and the American Plantation

ARCHITECTURES OF CONTROL: Spatial Structures of Captivity in Medieval Florence and the American Plantation

Prison was not the preferred form of punishment in the premodern world. Few premodern societies had designated prisons; instead, prisoners were kept in locations like quarries or magistrates’ houses. Imprisonment was primarily used to hold debtors until they paid their debt, while non-violent criminals were punished in both painful and public ways, including public flogging and mutilation. The public nature of these punishments was crucial. Most pre-modern societies were based on interpersonal relationships that relied on a good reputation. Punishment was intended not only to cause public pain, but to cause shame and social stigma.

In the 1300s, the prison known as Le Stinche was constructed in Florence, Italy. Although Le Stinche differs from previous forms of pre-modern incarceration because it was purpose built, it reflects the attitudes towards prison that prevailed in the premodern period. For example, Le Stinche was built in the city center, ensuring that punishment by means of imprisonment was visible. Thus, like other forms of punishment used at this time, imprisonment was shameful. Furthermore, the average prison sentence at Le Stinche was very short: between 38 and 53 percent of prisoners were released after six months. Sentence length may have been so short because punishment extended temporally beyond the prison in the form of social stigma. Similarly, the boundary between the imprisoned and society was very porous at Le Stinche. Prisoners relied on family and friends to bring them clothing and food, because these necessities were not provided by the prison system. Citizens could enter the prison not only to assist prisoners, but to view them. Unlike contemporary prisoners, who suffer social death, or complete exclusion from society, premodern prisoners’ suffering was heightened by their incomplete exclusion from society, which rendered their punishment more shameful.

Le Stinche exemplifies how the architecture of certain prison systems in the pre-modern world were inclusive, porous, public institutions where individuals experienced shame but not social death. However, prison architectures transformed over time to cause social death and deny the personhood of the imprisoned.

The plantations of the Antebellum South in the 16th and 17th centuries reflect this transition in the meaning of captivity and experience of imprisonment. Plantations were designed to be efficient agricultural machines, and their layout allowed for constant control of slaves. The plantation house served as a platform for surveillance, allowing masters to oversee production and punish those who disobeyed. The pervasiveness of the plantation in the south meant that the boundaries of one plantation led to another, giving white society total oversight of black people’s movement and activity. This geography of control combined with the perception that black people were mere tools in the agricultural process imposed severe assaults on the personhood of slaves and their individual identity. The architecture of the plantation allowed for constant surveillance which created social death by discouraging smaller rebellions and individuality. 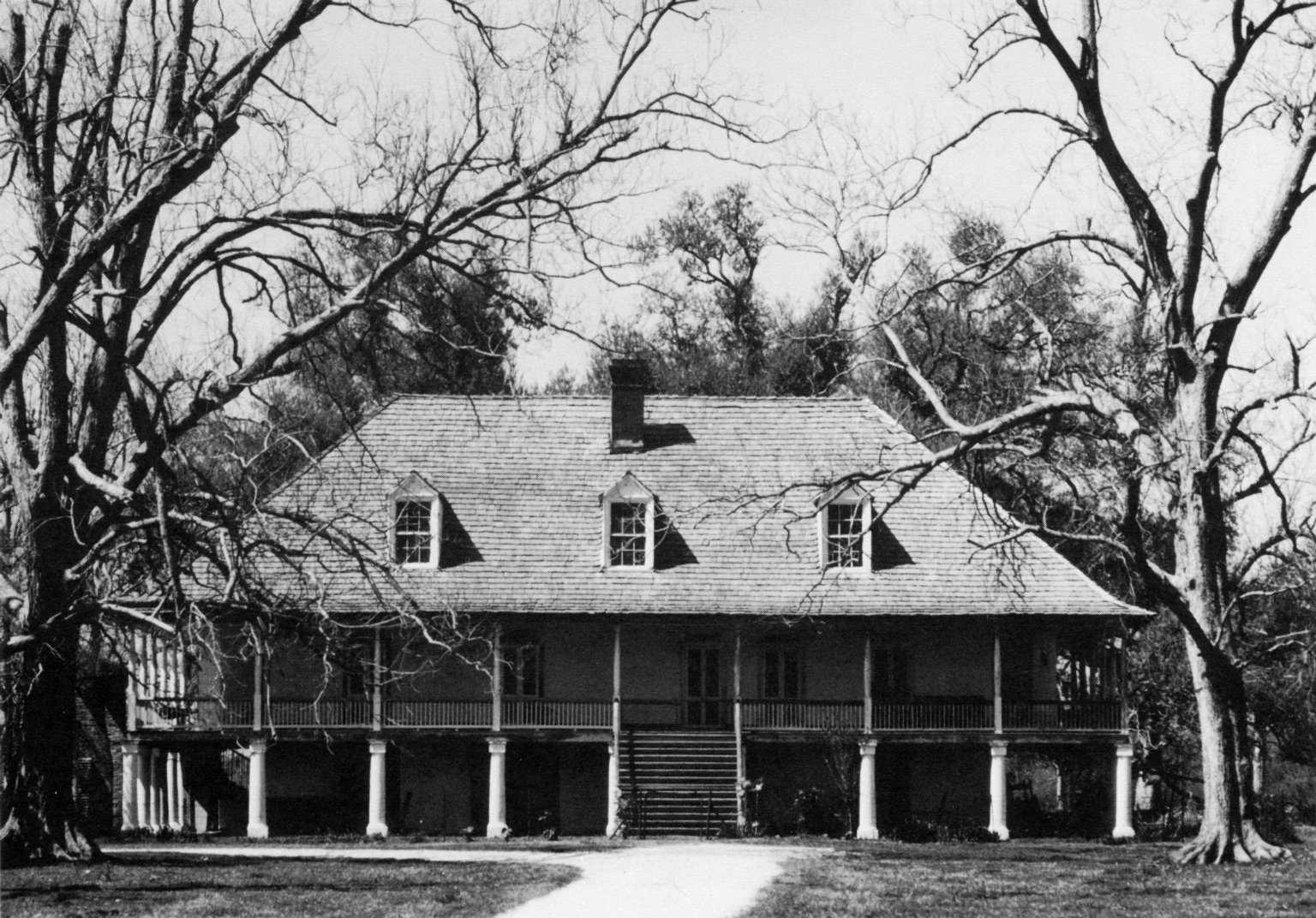 The Keller House at Homeplace Plantation, built between 1787 and 1791 in Hahnville, Louisiana. Courtesy of: Jessie Poesch

While the architecture of plantations encouraged white systemic abuses of power, the forests between plantations allowed for brief moments of rebellion in which slaves could throw parties, escape punishment, and create slave networks between different plantations. These forests provided an area for slaves to temporarily usurp the power of masters and regain social life.

Although they differ in multiple significant ways, Le Stinche and the plantation illustrate that, for many periods throughout history, captivity and imprisonment were cornerstones of society. Le Stinche and the plantation were geographically central, porous institutions where the free members of society could watch, interact with, and shame prisoners. Today, prisons are geographically distant institutions with little connection to society. However, historical examples illustrate this design is not ubiquitous, and should not be taken for granted. Instead, we should question what this means about modern understanding of prison.