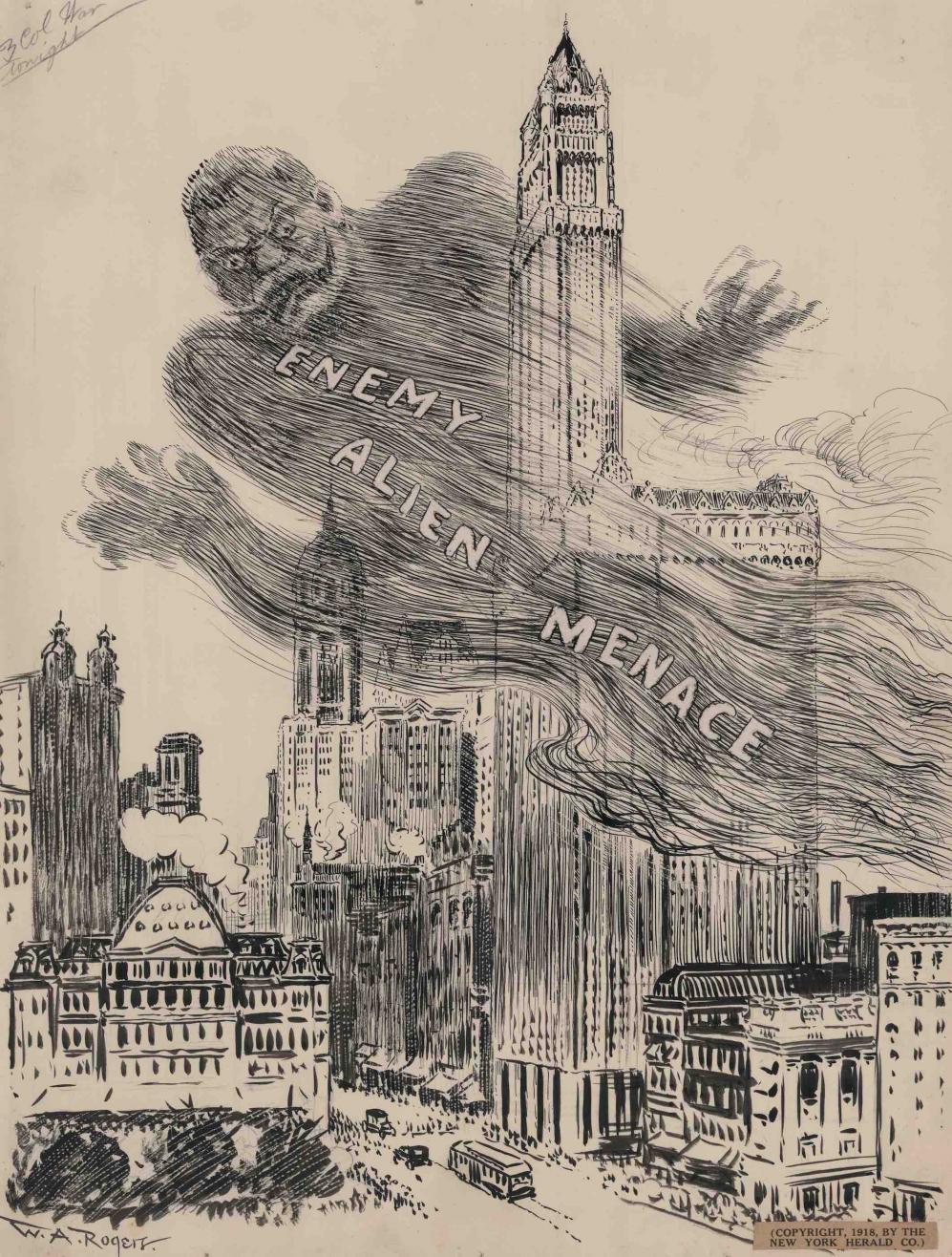 Cartoon from the New York Herald, March 28, 1918, illustrates the fear of German “enemy aliens. Courtesy of: Library of Congress

On April 6th, 1917, the United States federal government officially registered close to half a million German-Americans as “enemy aliens.”[1] Not long after, those labeled “aliens” were relocated to concentration camps to spend their time under surveillance for the duration of World War I. In the meantime, the government seized the incarcerated peoples’ businesses, private property, and financial assets. It was reported that around half-a-billion-dollar’ worth of assets were seized from the German Americans.[2]

President Woodrow Wilson enabled “enemy alien” asset seizure via the Trading with the Enemy Act, which treated any property claimed by enemies to be regarded as enemy property.[3] To the government, this alone was grounds for appropriating the property and using it for the benefit of the country regardless of its previous ownership. Additionally, German-Americans’ bank accounts became public knowledge as if to leave it to the public to ensure no saboteurs were among them.[4]

Some of the seized assets included German chemical companies, not only for their use of dye, and other raw materials, but also because those same companies were capable of producing bombs.[5] As well, several smaller businesses, such as a chocolate manufacturing company in Connecticut and a pencil manufacturer in New Jersey, were appropriated under the Trading With the Enemies Act.

All seized assets were either distributed into the American government (for the war effort) or were sold to the American people themselves, rather than returned to the German-Americans after the war.[6]