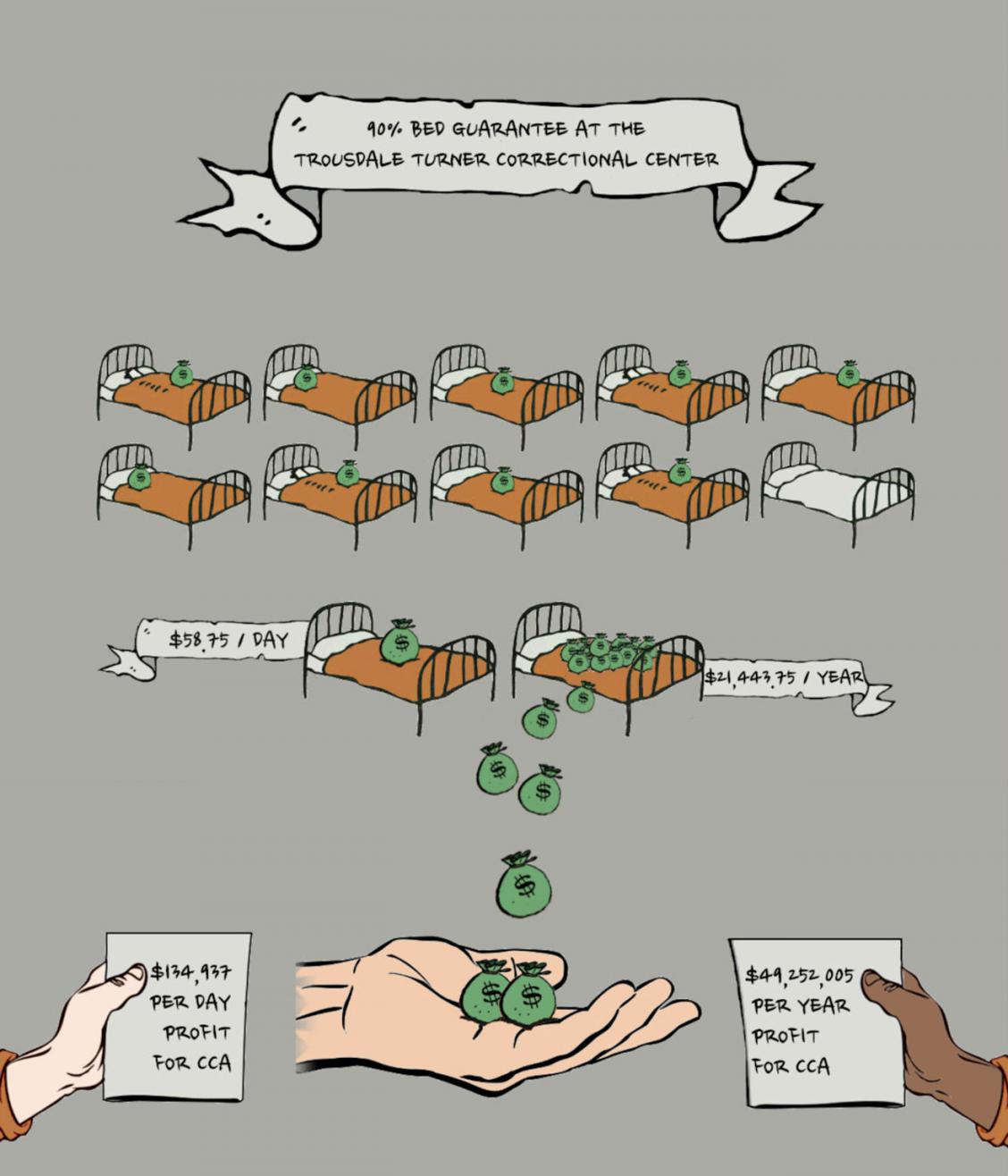 A minimum-bed guarantee is a clause written into many private prison contracts granting the corporation a per diem payment for a certain percentage of prison beds, whether or not those beds are actually filled. This serves as an incentive for the state to keep incarceration rates high so they aren’t paying for empty beds.

In the contracts for the Trousdale Turner Correctional Facility, CCA is promised a rate of $58.75 per inmate per day for a minimum occupancy of 90%. Given the size of the prison, this adds up to a guaranteed income for CCA of $134,937 per day, or over $44 million per year. The per diem rate is scheduled to increase by 2.5% annually for the next five years.1

In addition to minimum bed guarantees, private prisons often increase profit by cutting down on staff spending. For example, according to the 2000 Corrections Yearbook, the average starting salary for private prison guards was $17,628, while the average starting salary in public prisons was $23,002.2 While requiring short training times, offering lower pay, and understaffing correctional officers does cut costs, the result is often a high turnover rate and a staff of inexperienced, underpaid workers. These staffing problems lead to high rates of violence, abuse, and death in private prisons.3