Funnel or Filter?
Approximately 30 million European immigrants entered the United States through the Port of New York between 1820 and 1920. Because of this, Ellis Island has entered our national mythology as a place of welcome that funneled new citizens into the nation. But it acted equally as a filter, one that excluded those deemed unfit for citizenship for reasons ranging from poverty to disease to homosexuality. 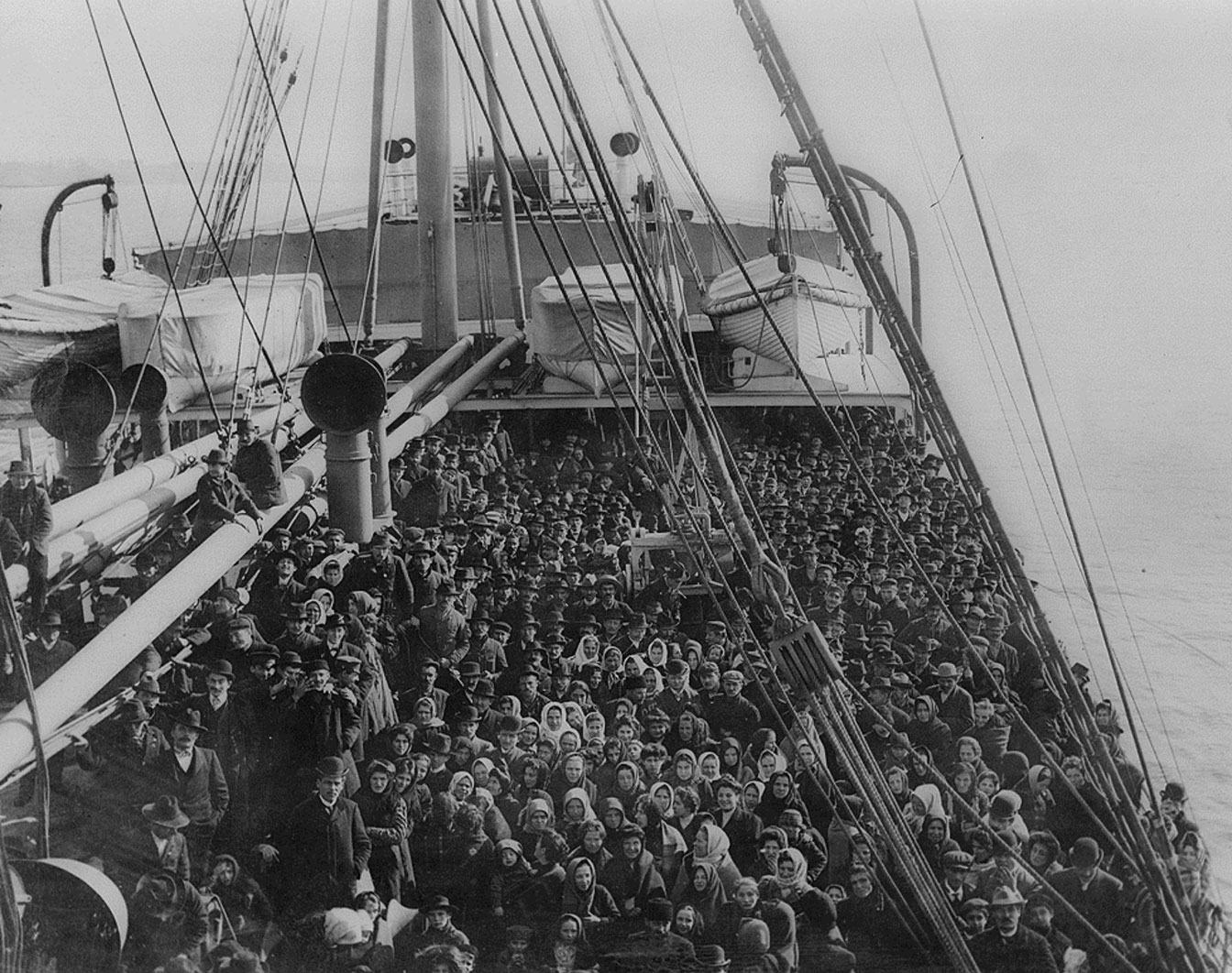 A Local Problem, Handled Locally
Prior to the opening of Ellis Island as a major port of entry, immigration was handled locally. As immigrants arrived at various ports, port commissioners decided their fate. In New York, for example, the immigration station was located in Castle Garden at the Battery. Most immigrants were refused entry because of some medical condition. Shipping companies were required, at their own expense, to detain and return rejected immigrants to their homeland. 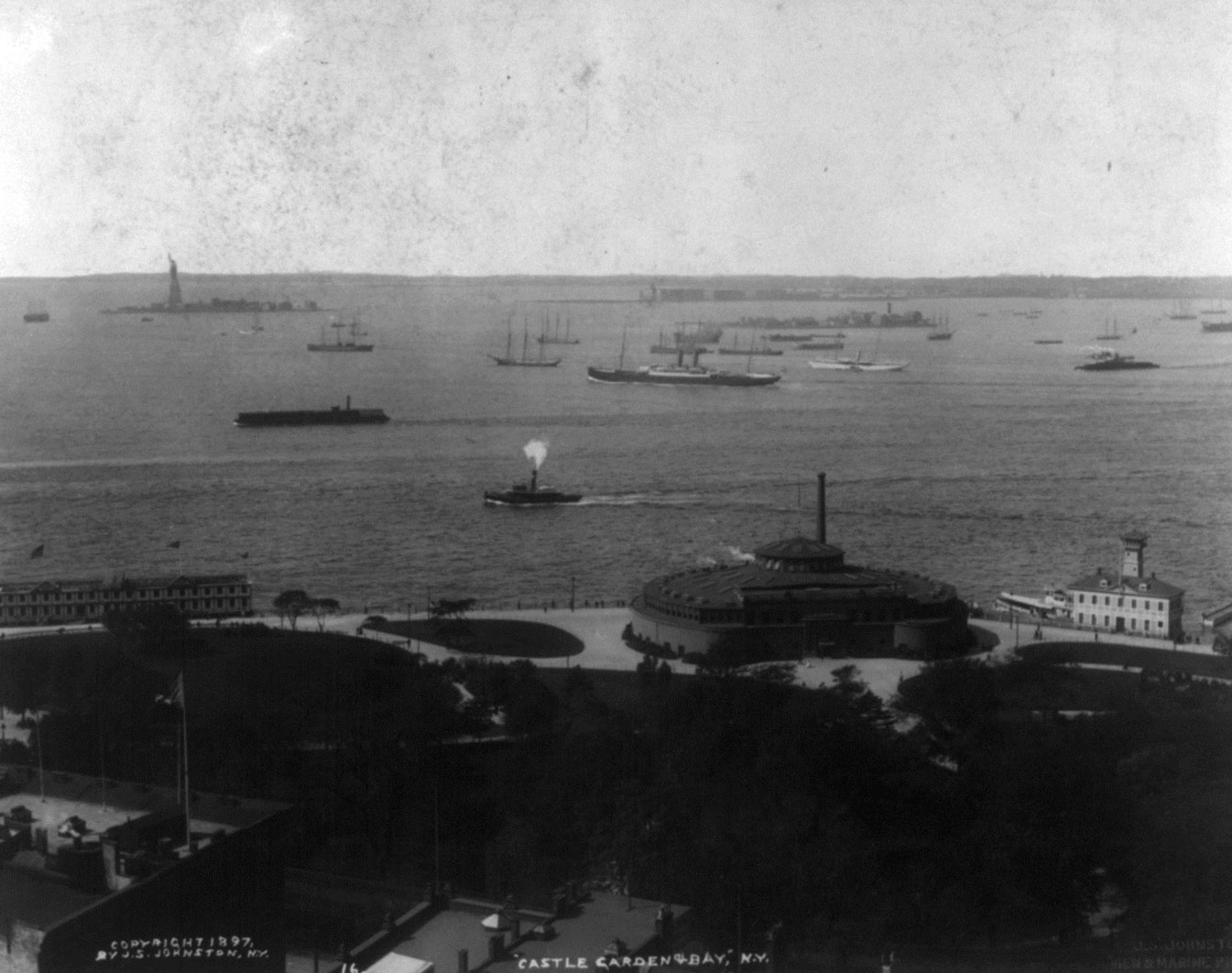 Castle Garden and Bay, circa 1897. Courtesy of: Library of Congress

The Golden Door
From 1892 to 1954, Ellis Island was the “Golden Door” through which millions of immigrants began their journey towards American citizenship. Lost to many is the history of Ellis Island as a detention center. Many hundreds of individuals were incarcerated there as a result of state policies and the public hysteria around the threat posed by communism and anarchism. 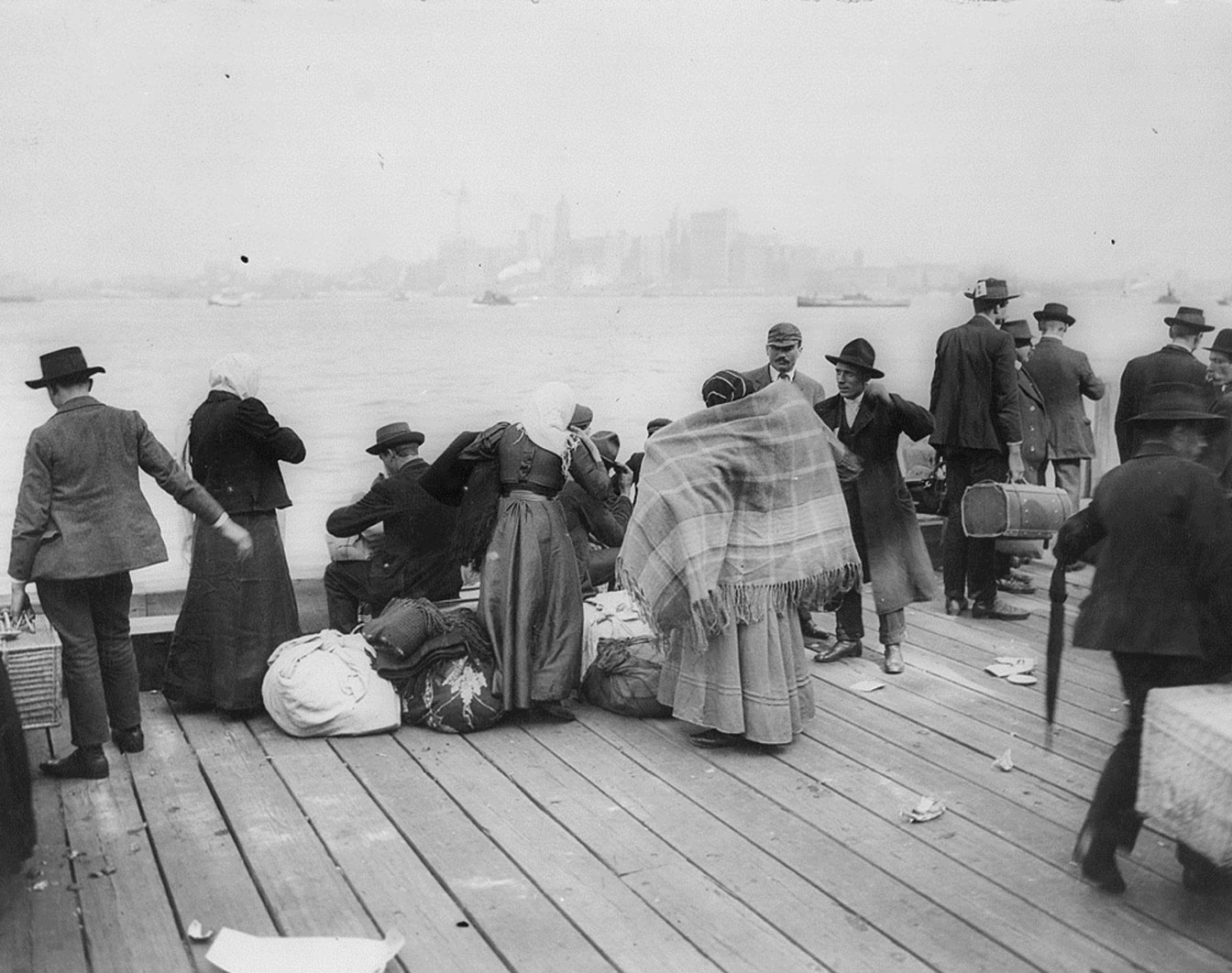 Immigrants waiting to be transferred, Ellis Island, 1912. Courtesy of: Library of Congress

Differential Exclusion
Immigrants who could afford to travel as first- or second-class passengers were spared inspection at Ellis Island altogether. Unless they exhibited some medical problem or a legal complication arose, they proceeded through customs at the arrival piers on the Hudson or East River and were allowed to enter the country without impediments. Third-class or steerage passengers, however, were ferried to Ellis Island where they were subjected to inspections conducted by the Public Health Service and the Bureau of Immigration. 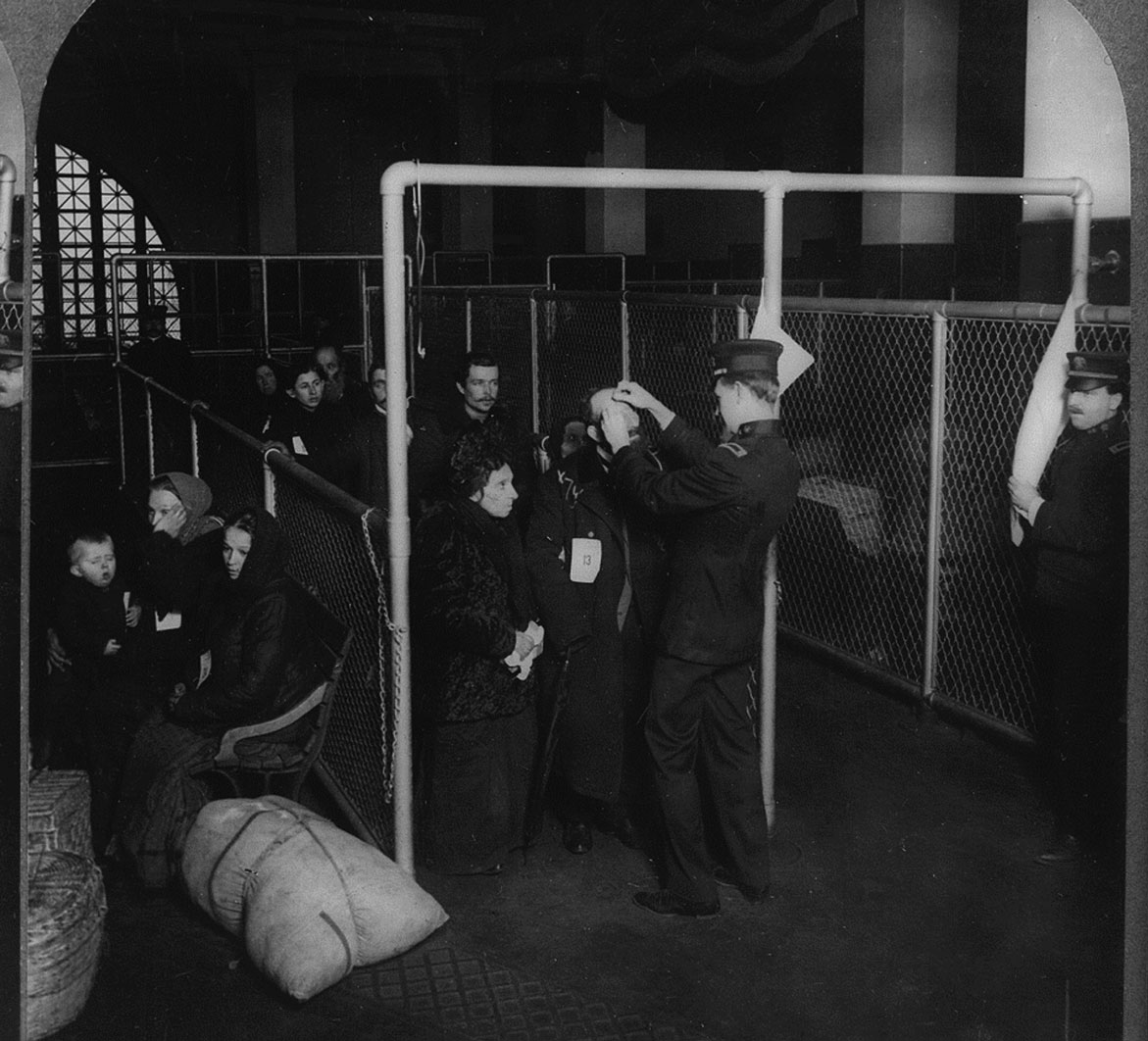 Guilt by Association
In 1919, Attorney General A. Mitchell Palmer established what would become the FBI with J. Edgar Hoover as its head. During the ensuing “Red Scare,” thousands of alleged alien radicals were rounded up and detained on Ellis Island. Guilt by association was all the evidence needed for many hundreds of deportations. Moral panics targeting individuals identified as foreign or domestic enemies of the nation would flare up periodically, providing new inmates for Ellis Island. 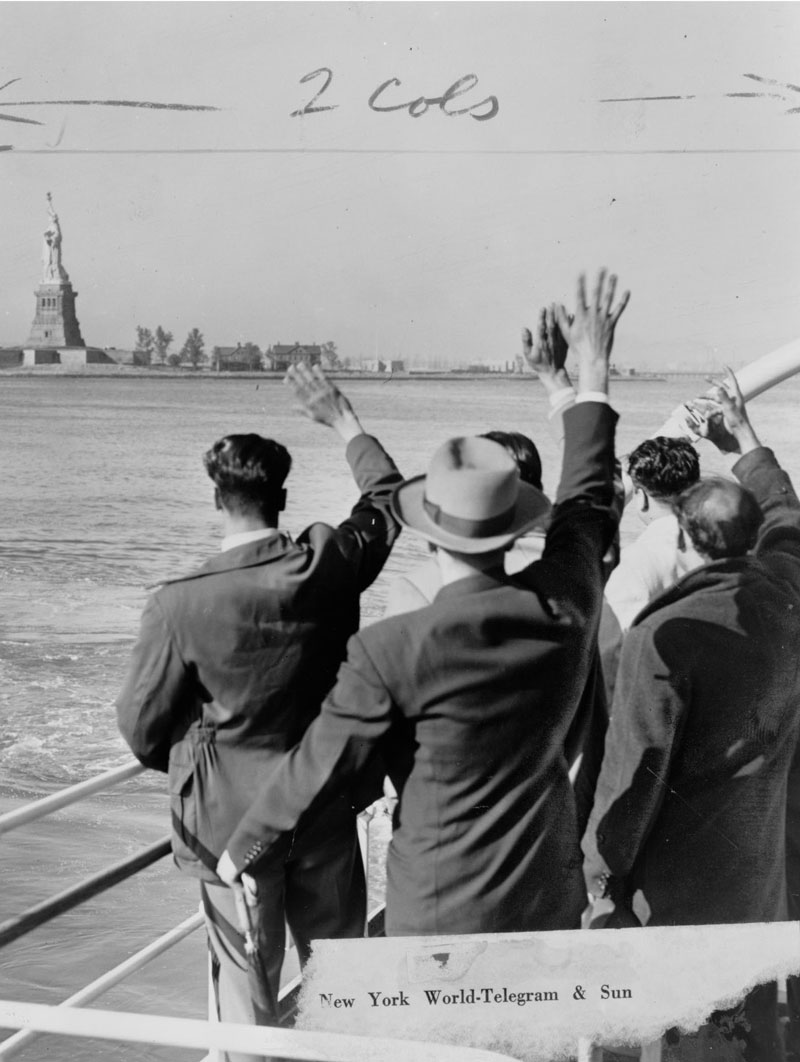 Seen here is part of a group of 171 “aliens” declared to be in the country illegally waving goodbye to the Statue of Liberty from a Coast Guard cutter taking them from Ellis Island to Hoboken for deportation. Courtesy of: Library of Congress

C.L.R. James
The great Trinidadian scholar and author of The Black Jacobins: Toussaint L’Ouverture and the San Domingo Revolution, Cyril Lionel Robert James was one of those swept up during the peak of “McCarthyism” in the 1950s. He had been under surveillance by the government since his 1938 arrival and the U.S. The McCarran-Walter Act of 1952, which was passed after James’s citizenship examination, was used against him retroactively as the legal justification for his deportation. James was distressed at being incarcerated with those identified as communists. A Pan-Africanist, he opposed totalitarian regimes and reviled Stalinism.

From Immigrant to Prisoner
Appalled by the conditions on the island and denied treatment for his stomach ulcer, C.L.R. James began to write his book Mariners, Renegades & Castaways: The Story of Herman Melville and The World We Live In while incarcerated on Ellis Island, where he was held for six months. It was privately published in 1953 after his deportation. Rather than help his case, the book may have contributed to his deportation. James used the book to argue his appeal of the state’s decision to deport him, as well as to reimagine Moby Dick, which had only recently been raised to the status of an American classic. He argued that the allegory of the novel spoke to important issues of this fraught moment in American history. James lived the life of a nomad after his deportation. He was eventually able to return to the U.S., where he taught for some years. 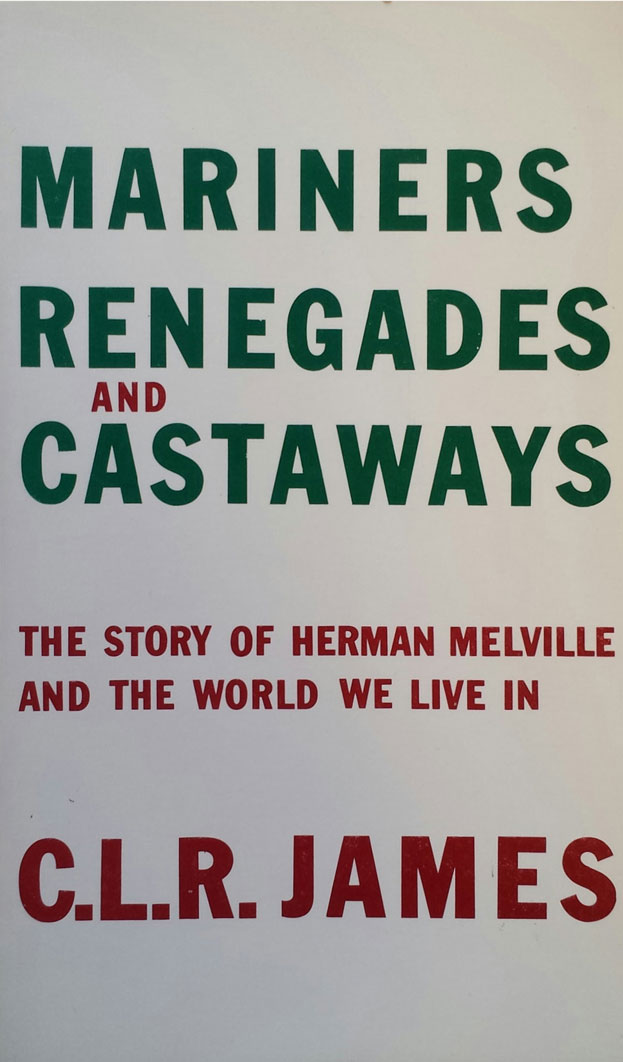 An Imagined Community
C.L.R. James’s case, one among many, reminds us of what has been mostly forgotten: that Ellis Island was essentially a detention center from the 1930s until its closing. Though the majority of immigrants passed through the “Golden Door,” exclusion and deportation have been a part of the immigration process from the very beginning. Who was funneled in or filtered out shaped the American nation, often along racial lines. The conditions James described on Ellis Island in the 1950s cannot help but remind us of the conditions that caused the immigrant detainees at Esmor Detention Center to rebel in protest in 1995. This photo of immigration officers examining documents and immigrants at Ellis Island shows their role in making those determinations. 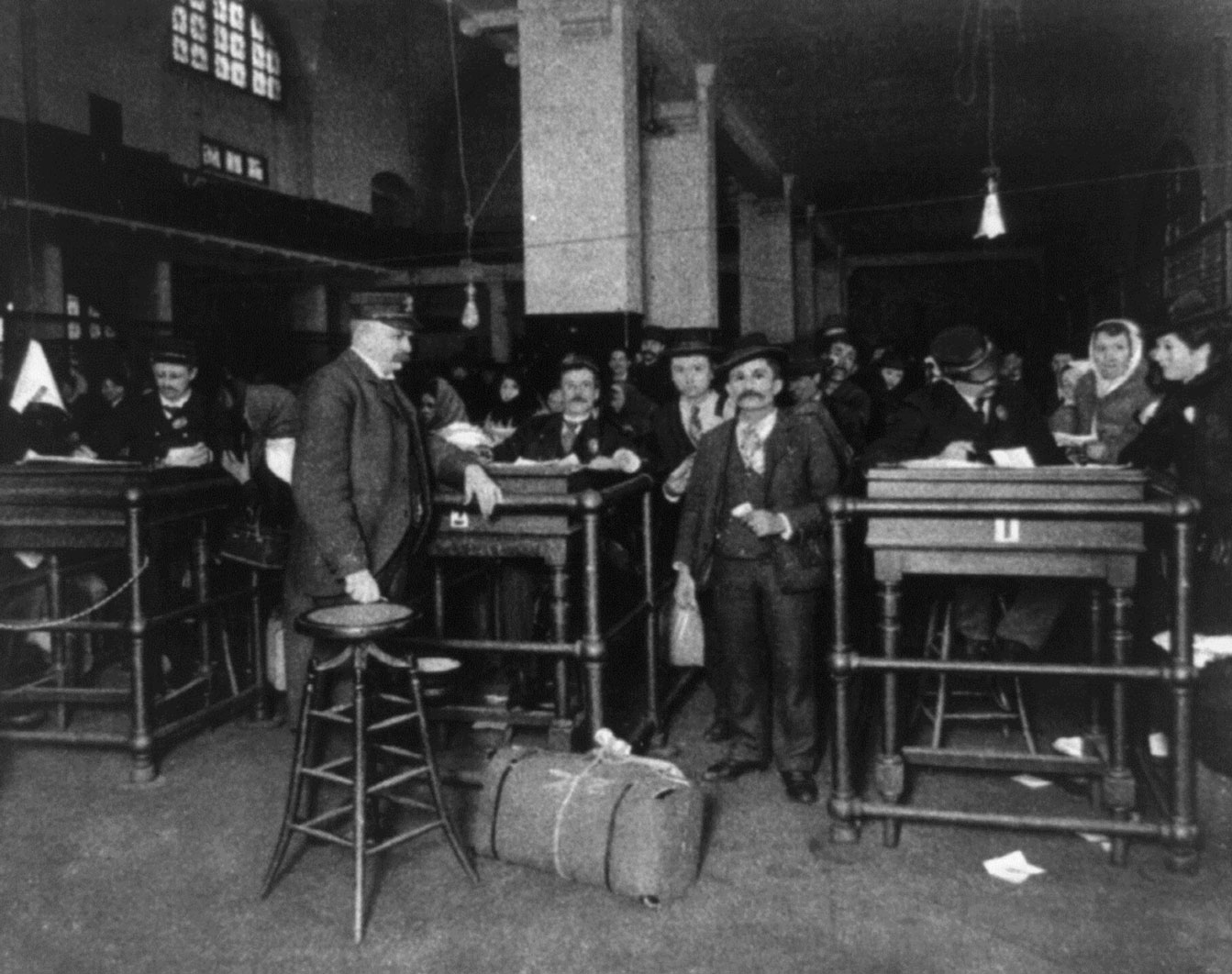 The Golden Venture
In 1954, the Immigration and Naturalization Service relaxed its detention policy. Immigration policy in the U.S. has been influenced to a greater or lesser extent by national security and foreign policy concerns. Until the 1970s, undocumented immigrants were released until their administrative hearings began. Over time, however, a number of events at home and abroad would contribute to increasingly harsh enforcement.

Increasingly, detention would be used as a deterrent, as greater and greater numbers of refugees sought asylum in the United States from Cuba, Haiti, Central America, and elsewhere. The war on drugs and “get tough on crime” policies around the country fed an explosion in mass incarceration. In February 1993, a first attempt was made by terrorists to bring down the World Trade Center, and in June of the same year, a freighter named “Golden Venture,” carrying over 300 Chinese asylum seekers ran aground off Rockaway, Queens, New York. These events brought terrorism and unauthorized immigration to national attention, increasing detention and deportations. 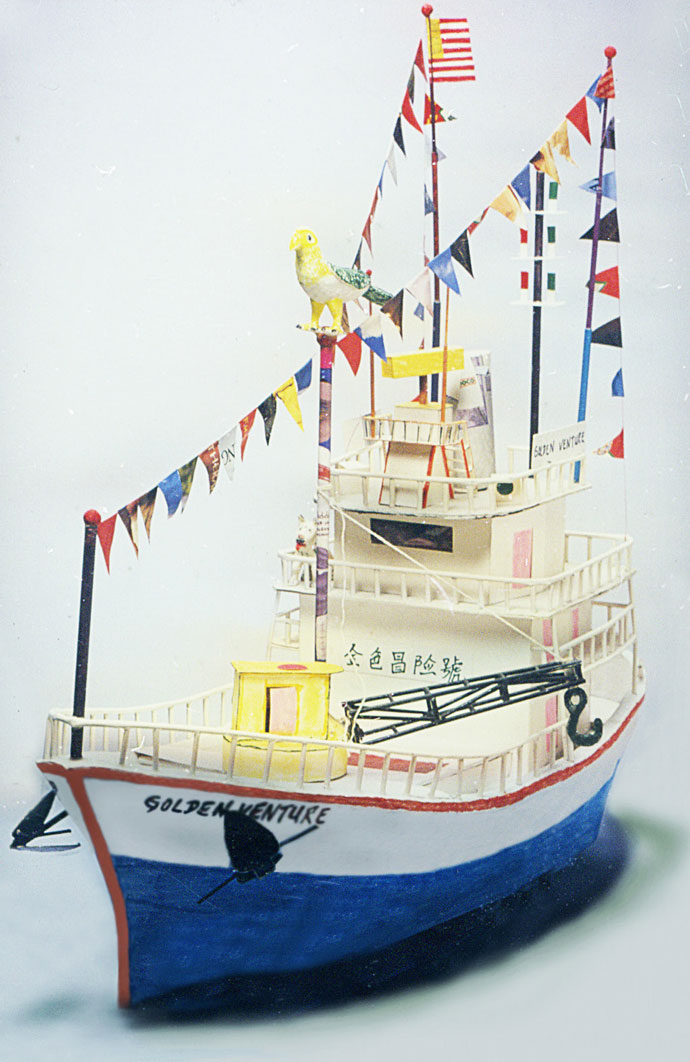 One Royal Mantle of Humanity
“If, then, to meanest mariners, and renegades and castaways, I shall hereafter ascribe high qualities, though dark; weave round them tragic graces; if even the most mournful, perchance the most abased, among them all, shall at times lift himself to the exalted mounts; if I shall touch that workman’s arm with some ethereal light; if I shall spread a rainbow over his disastrous set of sun; then against all mortal critics bear me out in it, thou just spirit of Equality, which hast spread one royal mantle of humanity over all my kind!”
— Herman Melville, Moby Dick
It must be acknowledged that the vast majority of immigrants to the U.S. gained entry and most of them spent less than a day on Ellis Island before being released. Today, approximately 34,000 people are held in detention centers around the country, including at the Elizabeth Detention Center, less than fifteen miles away in Elizabeth, New Jersey. 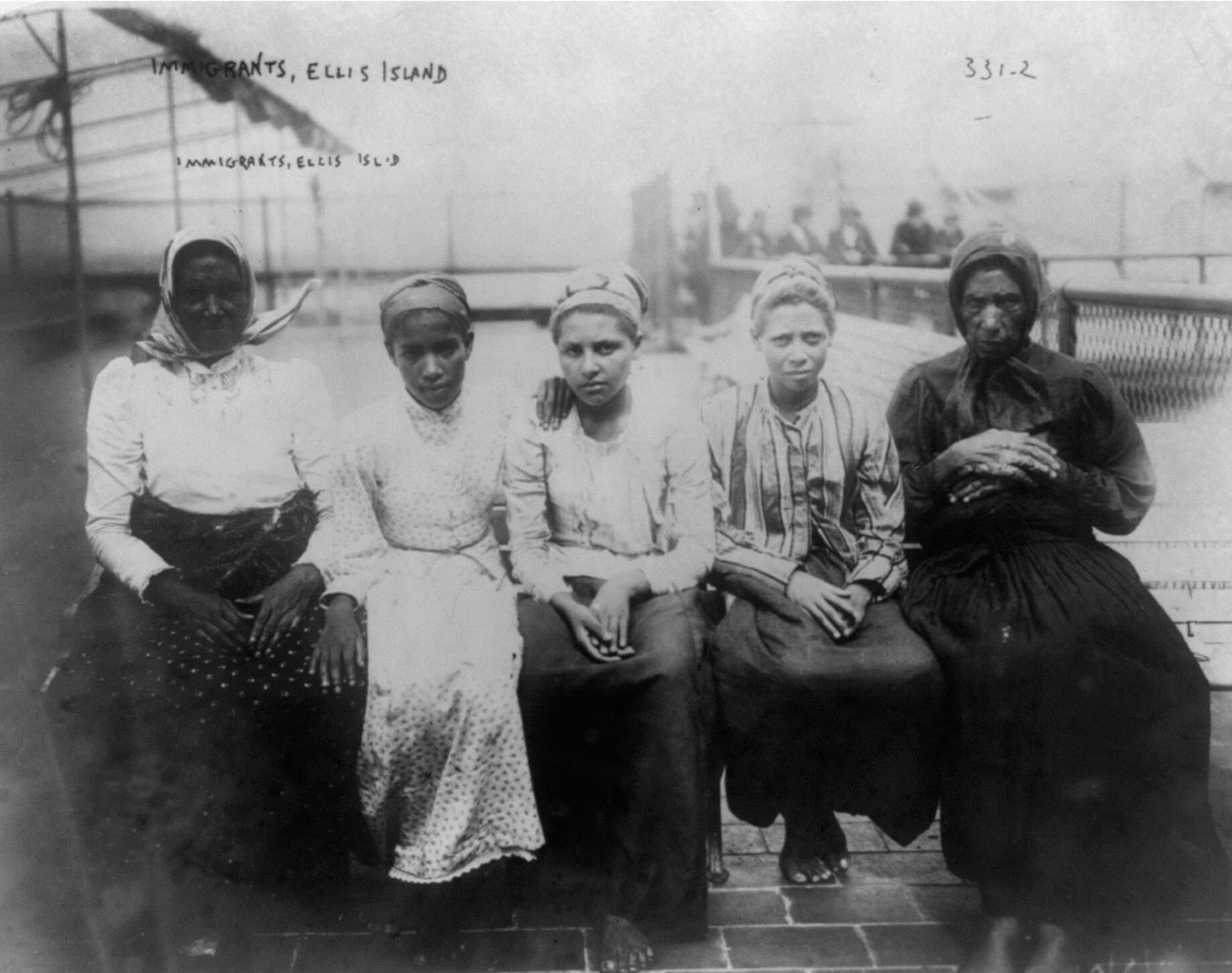