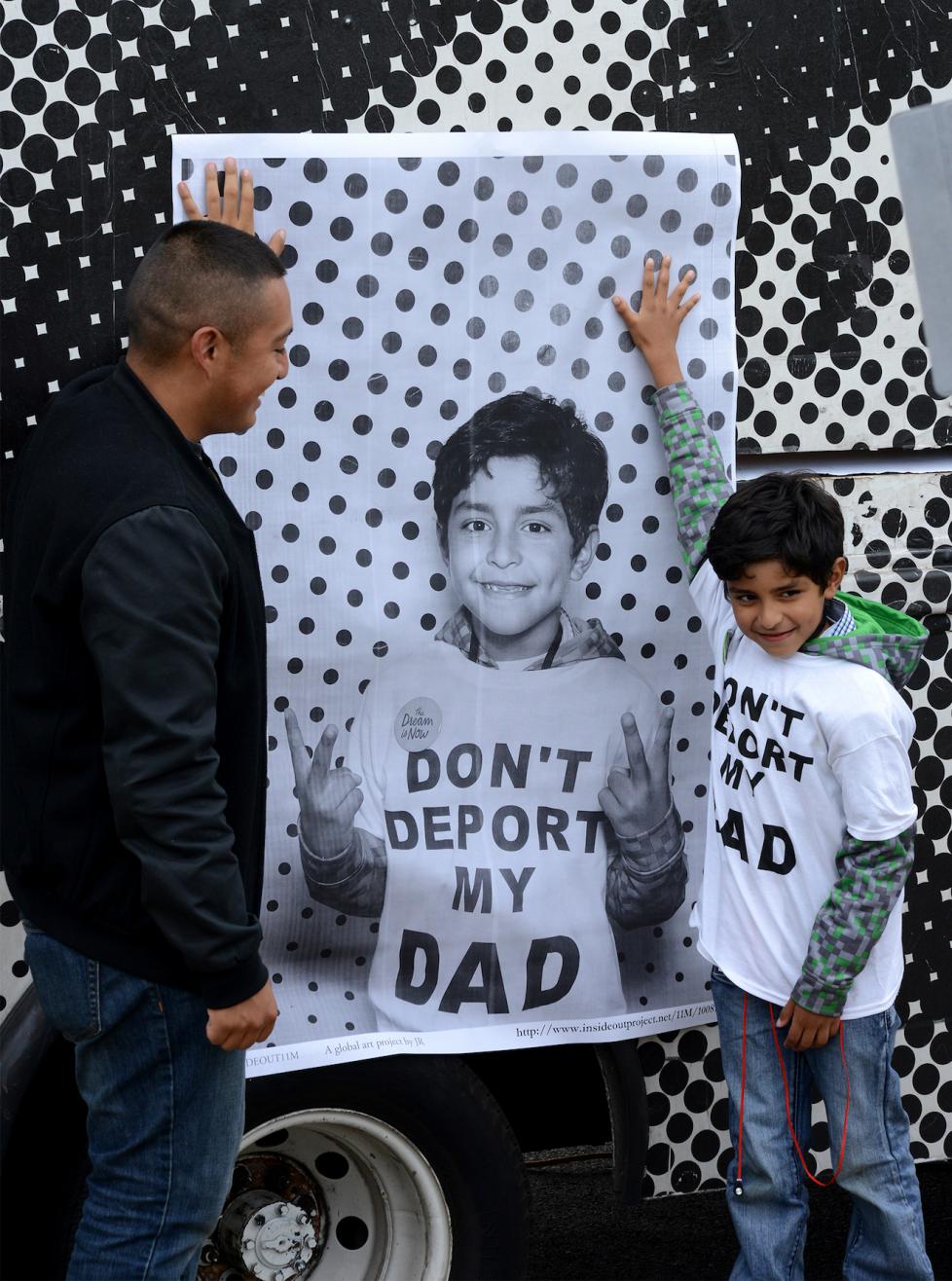 A rally at the National Mall protests deportation policies. Courtesy of: Stephen Melkisethian

In general, nobody wants to be arrested and detained in jails. But along the U.S-Mexico border, many women and children are turning themselves over to Border Patrol agents upon arrival, and are not seeking to evade apprehension. A new study from the Pew Research Center finds that approximately 486,000 undocumented migrations were apprehended by the Border Patrol in the fiscal year 2014. And, according to recently published Border Patrol data, 68,541 of these undocumented immigrants were unaccompanied children. The largest number of border crossers came from Honduras, Guatemala, and El Salvador—a region of Central America known as the “Northern Triangle.” Gang and cartel violence, homicide, and the effects of the drug trade in migrants’ hometowns force them to flee to America. Acknowledging this complicated situation, President Obama declared an “urgent humanitarian situation” along the U.S.-Mexico border, and ordered a coordinated federal effort that involved a range of agencies.

The increase in families arriving at the southwest border put big pressure on the immigration system. Prior to 2006, the newly opened detention facility—T. Don Hutto Residential Center which was a former criminal facility in Texas—was accused of inhumanness. For example, reports emerged that children as young as 8 months old wore prison uniforms and were threatened with alarming disciplinary tactics. Immigrations Customs Enforcement (ICE) had to end the use of family detention at Hutto, withdrew plans for three new family detention centers, and said that detention would be used more “thoughtfully and humanely” after the detention center became a lawsuit which was investigated by human rights organization.

Although, hundreds of million dollars had been invested by government to reform the Karnes County Residential Center in Karnes City, Texas, and an immigration detention center in Artesia, New Mexico, as well as build largest facility of its kind in Dilley, Texas, reports about migrant women and children being subjected to inhumane conditions never stopped. Children were observed playing with trash. Telephone access for calling family and attorneys was also limited. Guards in the detention centers also had suspicions of abusive activities. Discommenders thought incarcerating women and children who do not pose any threat to national security is "devastating" their "physical developmental and mental health and their due process rights." "If we wish to break the cycle of violence and drama that has brought women and children to our borders, we need to minimize the harm done to them as soon as they arrive," said Rebecca van Uitert, an immigration attorney who has worked with some of the detainees. "Every single day in detention further harms these vulnerable and innocent refugees." Luckily, some solutions are being processed under bipartisan support, NGOs and advocacy groups, including legislation reforms, detention reforms, child welfare screening, child-specific consideration and sending aid to countries.

Meredith Hoffman, “Escaping Into Prison: The Battle Over Immigrant Mothers and ChildrenDetained by the US,” Vice News, March 5, 2015, https://news.vice.com/article/escaping-into-prison-the-battle-over-immigrant-mothers-and-children-detained-by-the-us