From the Gallows to the Chair

In 1910, Henry Spivey was hanged for murder in Bladen County. At this last public state execution, The Charlotte Observer reported that as many as a thousand people witnessed the hanging.[1] Spivey was the last person to be hanged in North Carolina; following his death, a new law sent the condemned to death row in the electric chair in Raleigh’s Central Prison. With the switch from public hangings to more private executions, the state broke away from punishment that publicly made the tortured criminal an object of “pity or glory.”[2] North Carolina drew a curtain over the process of death and legitimized the state’s power over the execution process. 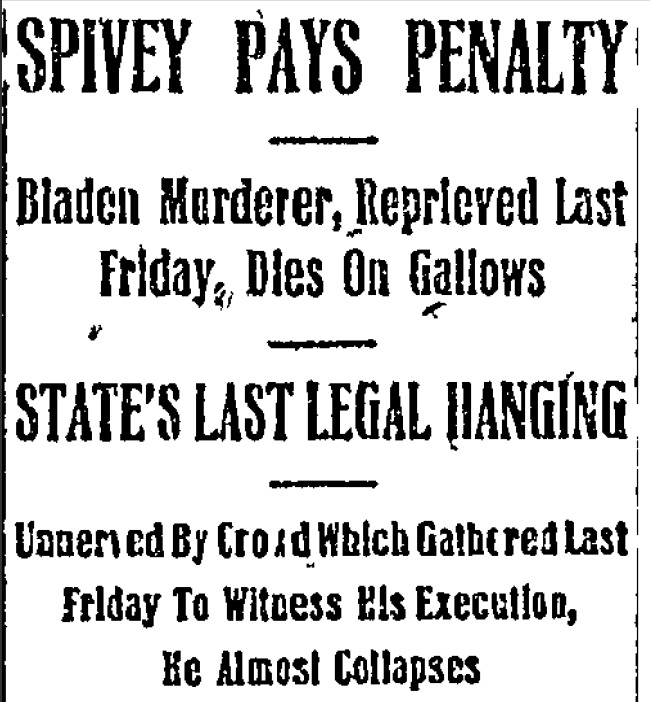 The new electric chair at Central Prison harnessed cutting-edge technology that reflected North Carolinians’ preoccupation with becoming a technologically advanced “civilized” state. Walter Morrison, the first man to be electrocuted, entered the death chamber on March 18, 1910. He reportedly “plead[ed] piteously for mercy” while clutching a small crucifix. When the switch was pulled, the crucifix fell to his lap.[3] 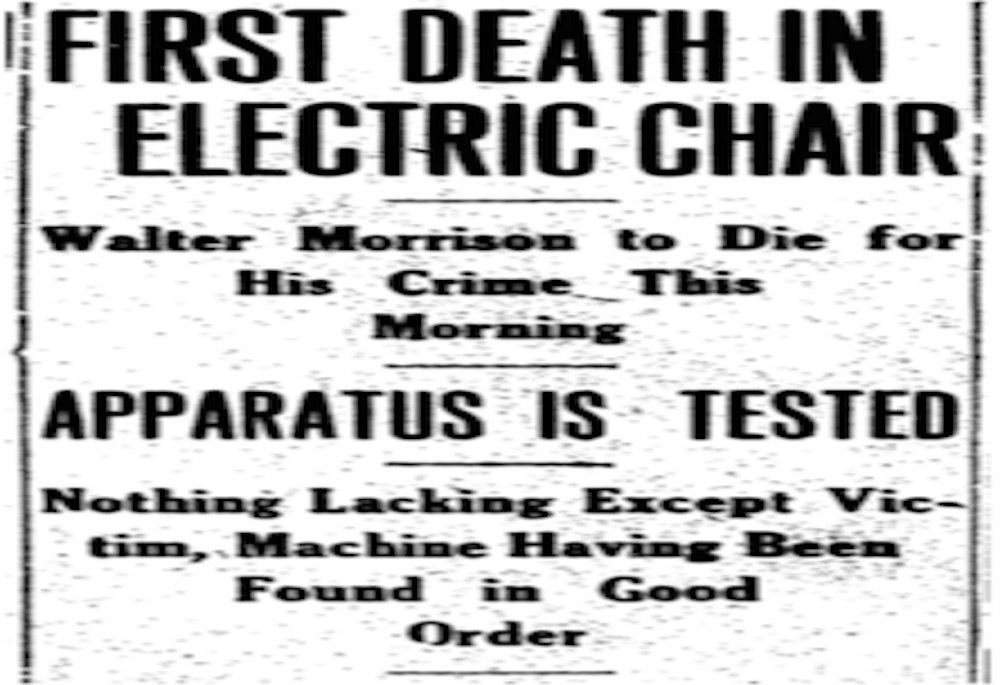 North Carolina used the electric chair until 1938, but that did not mean legislators did not continue to try to perfect the execution method. In 1936, North Carolina experimented with a new form of lethal punishment when it performed its first gas execution on nineteen-year-old Allen Foster.[4] The experiment was a failure: The Charlotte Observer characterized the execution as “savage.”[5,6] Yet the public’s apprehension regarding savagery was short-lived and the method was maintained. Between the years of 1983 and 1998, the condemned were obligated to choose between gas and lethal injection. Just two of the ten persons executed between those years chose gas asphyxiation.[7] 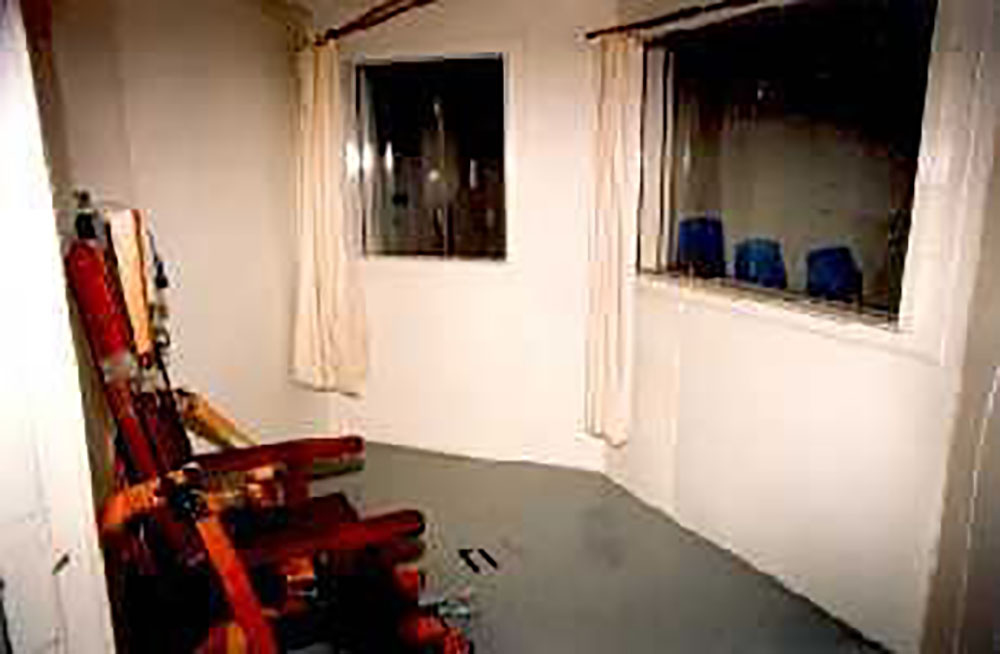 The state of North Carolina used a three-drug “cocktail” to execute prisoners via lethal injection between 1998 and 2006, when a series of complications were introduced into the state’s death penalty protocol that resulted in a de facto moratorium on executions. The two main issues—physician participation in executions and the applicability of the now repealed Racial Justice Act—continue to hold the death penalty in limbo. But if executions resume, the state will use a single drug, pentobarbital. Fourteen other states have used pentobarbital for executions, but Medical professionals caution its use in human execution is not well studied.[8] Veterinarians use the drug to euthanize animals.[9] 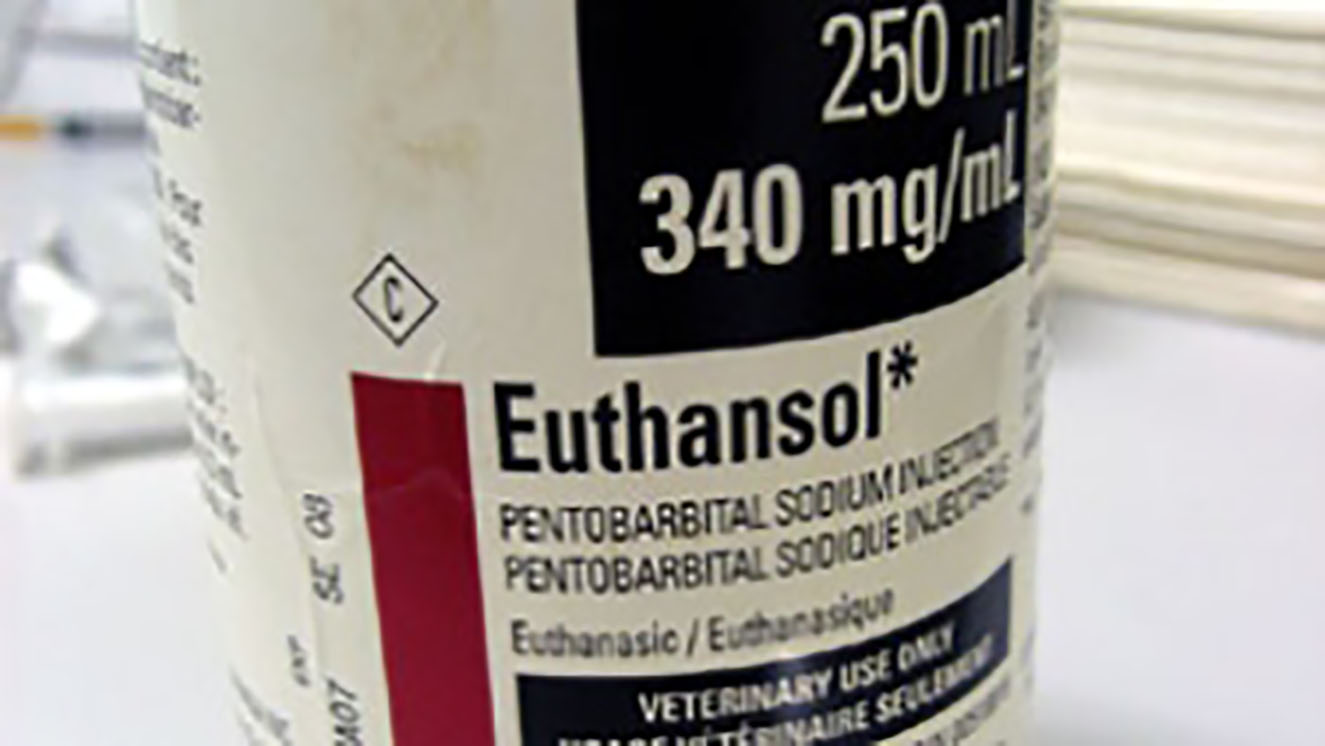 The death penalty has endured through a variety of technological means. Historically, public execution was understood as a quasi-religious event; the actions of the condemned were evaluated by the crowd for “signs of atonement and the prospect of redemption.”[10] Ironically, the death penalty was thought to be a form of rehabilitation, even if it lasted only a few moments before death.

More recently, the prison has been conceptualized as a “‘house of repentance’” in which a “spiritual transformation” could occur for those unfortunate souls who were not reached by religious institutions outside of the penitentiary.[11] Therefore, the state has assumed spiritual authority, making religion and forgiveness tools that it can wield to justify total control. As death-row prisoners could not redeem their humanity in the material world, they looked to the spiritual realm as their ultimate option for sympathy.[12]

With each technological advancement, reformers have tried to make capital punishment reflect progressively more humane views. This dedication to progress has sustained lethal punishment. The transition from public to private execution and each change gives a veneer of civility to North Carolina, a state often thought of as among the South’s most progressive. Despite these profound changes, the death penalty remains a curious anachronism, living, and killing, at the intersection of state authority, spiritual power, and public spectacle.

[12] Seitz, “The Killing Chair: North Carolina's Experiment in Civility and the Execution of Allen Foster,”44.