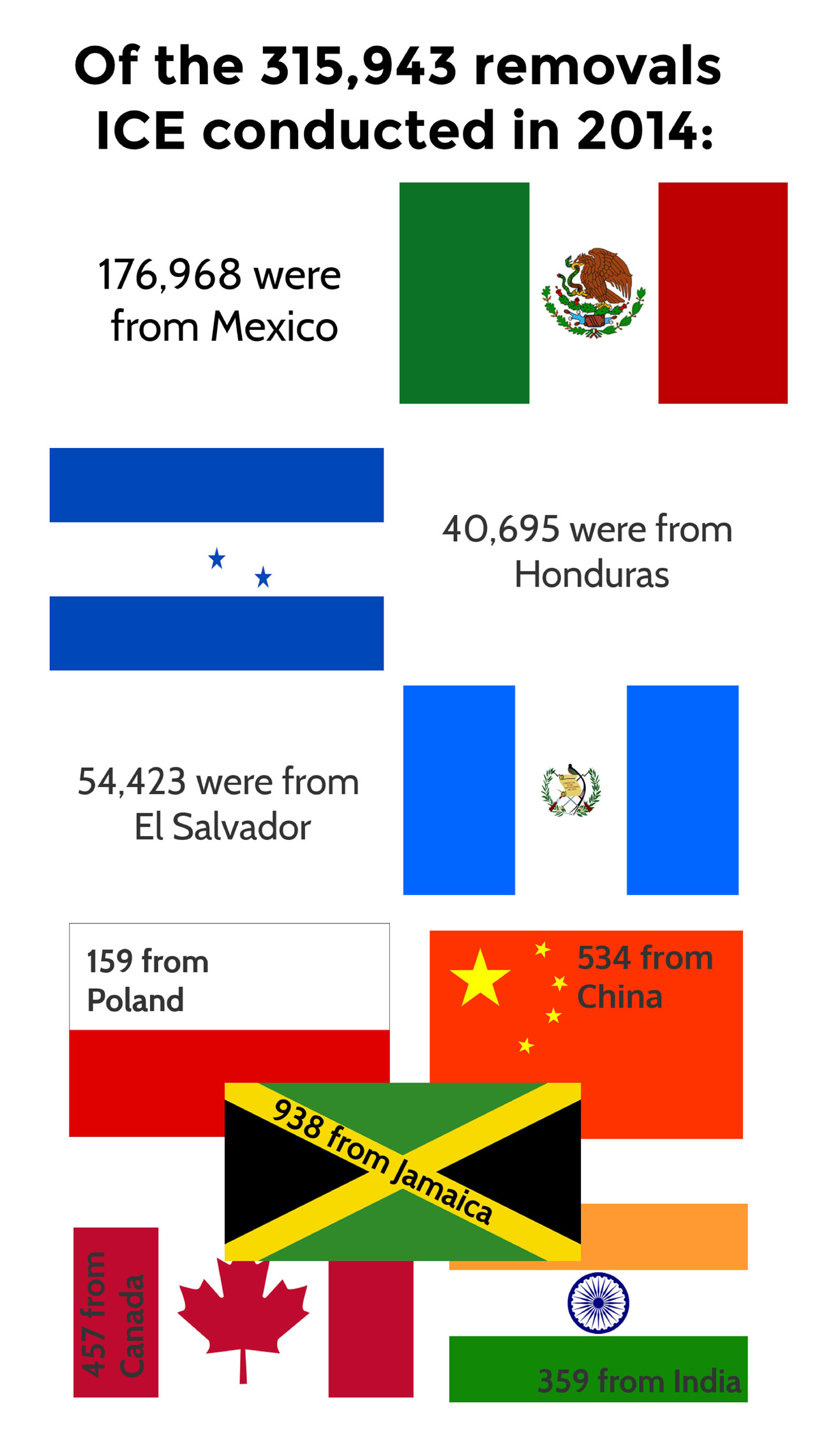 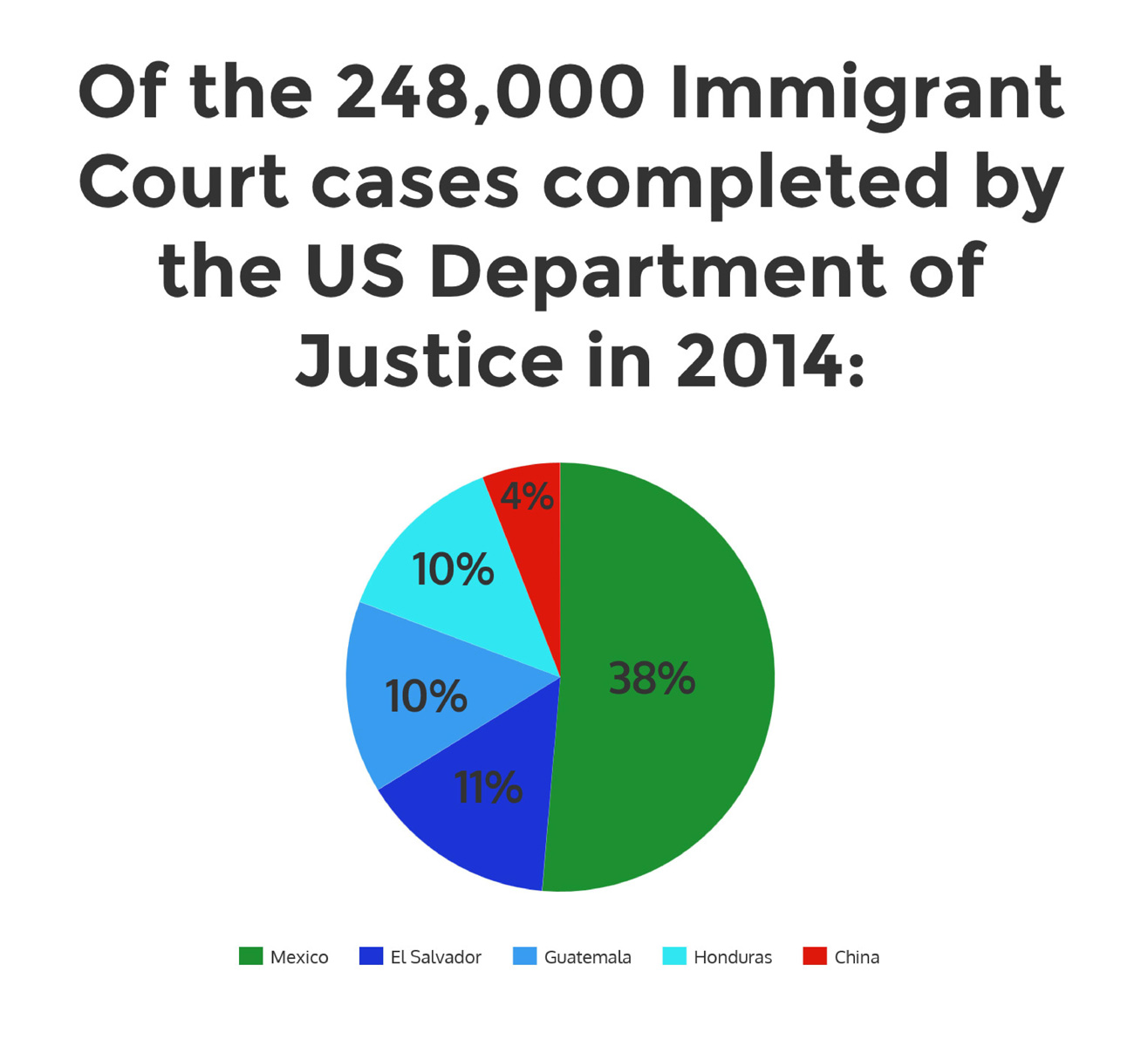 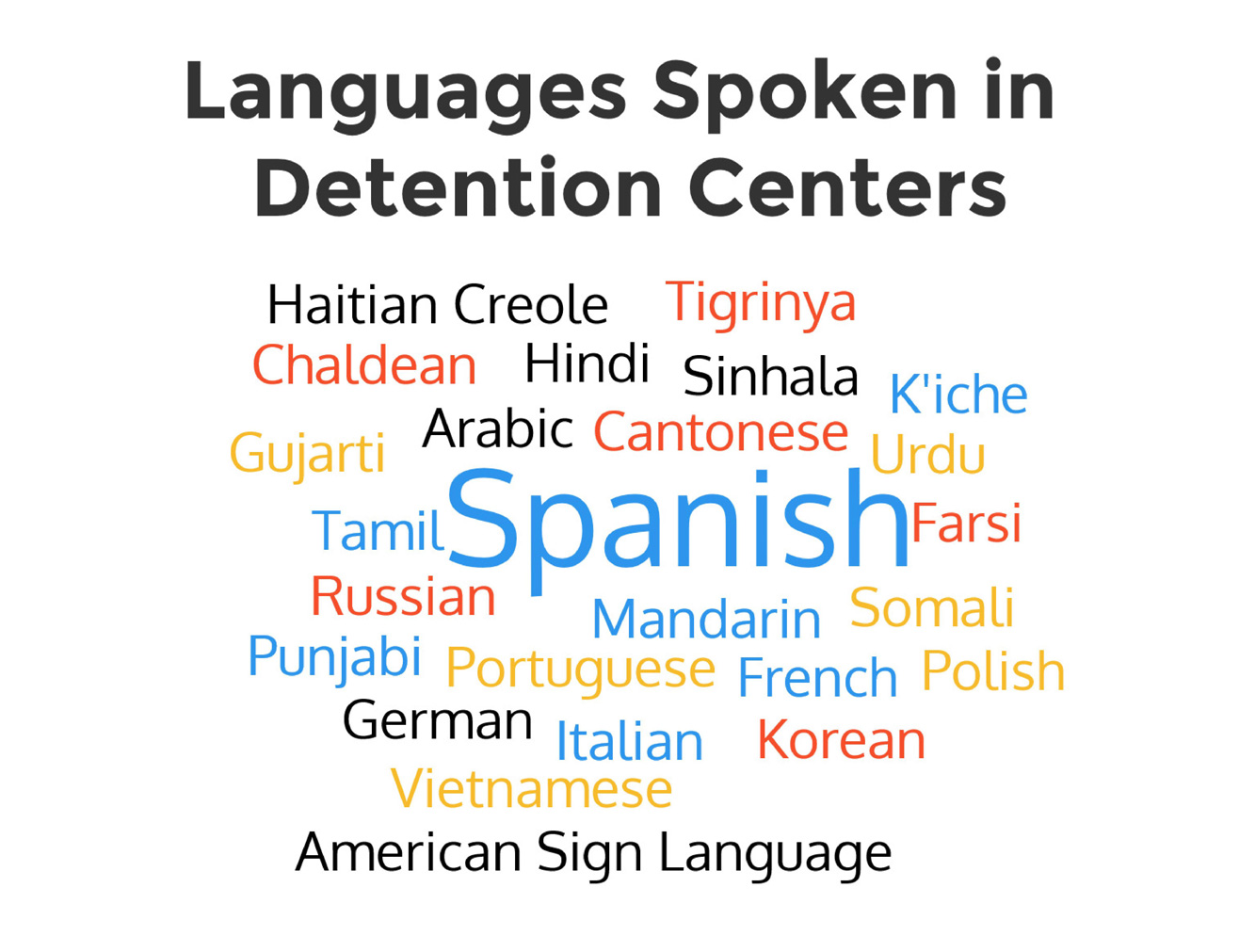 According to the Immigration and Customs Enforcement (ICE), a removal is a "compulsory and confirmed movement of an inadmissable or a deportable alien out the United States based on an order of removal."[1] Immigrants from Spanish-speaking countries make up the majority of those detained and removed in the United States by ICE. However, there are multitudes of diverse nationalities, cultures, and languages that make up the populations of detention centers all over the country.