Incarceration at Fort Oglethorpe during World War I 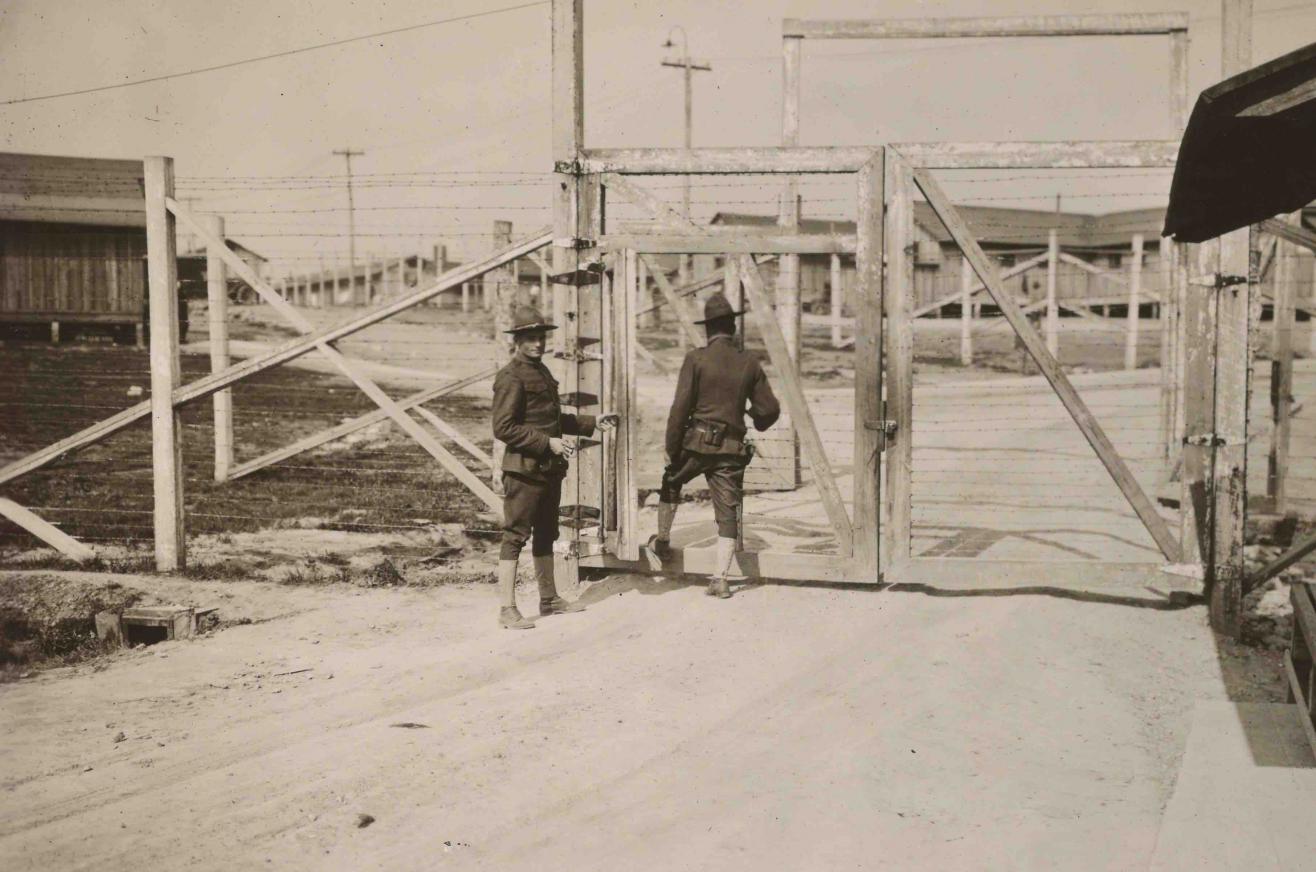 The main gate at the Fort Oglethorpe Internment Camp. Courtesy of: National Archives

Fort Oglethorpe was a military facility used to hold German prisoners of war from 1917 to 1920. Not only did it hold war prisoners, it also held civilian German immigrants and wealthy German-Americans who the American government believed carried too much influence. In all, 6,300 Germans and German-Americans were arrested and over 3,600 were interned. While some were believed to have assisted Germany with information or finances during the war, many were incarcerated for simply being German. Along with German soldiers, Fort Oglethorpe also held German businessmen, journalists, academics, and artists who likely had no connection with the war effort of their native country.

Daily life at Fort Oglethorpe was very structured. A bugle call woke up the inhabitants at 5:45 a.m., and that was followed by a roll call. Interned people had scheduled meals for breakfast, lunch, and dinner, and lights out at exactly 10:00 p.m. Those held in Camp A were generally wealthy or famous, or both. They had access to money and other luxuries not made available to the internees held in Camp B, who were the work force for the camp. People detained at Camp B worked within the camp in the gardens and on construction projects without pay. They were also hired out to work on projects outside the camp, such as road paving, for which they were paid small wages. Many of the imprisoned people faced the psychological ramifications of forced isolation and incarceration. One example was the development of “Barbed Wire Disease,” a mental illness that manifested itself by a loss of interest, feelings of suspicion, delusions of persecution, and episodes of hysteria. Most interned German nationals suffering from Barbed Wire Disease were transferred to St. Elizabeth’s Asylum for the Insane in Washington, D.C. Several committed suicide while incarcerated at Fort Oglethorpe.

Writing in Fort Oglethorpe’s literary magazine, The Orgelsdorfer Eulenspiegel, served as the one way that the imprisoned people could express how they truly felt about incarceration. Although heavily censored, contributors were able to create poetry, stories, and art that displayed the pain they felt from being separated from their loved ones and being so far removed from their communities. Through these writings we are able to get an idea of the way people lived within the camp as well as get an idea of their emotional state while incarcerated, “their fears, their anger, and their efforts to resist the constraints placed upon them” (Cross and Myers).