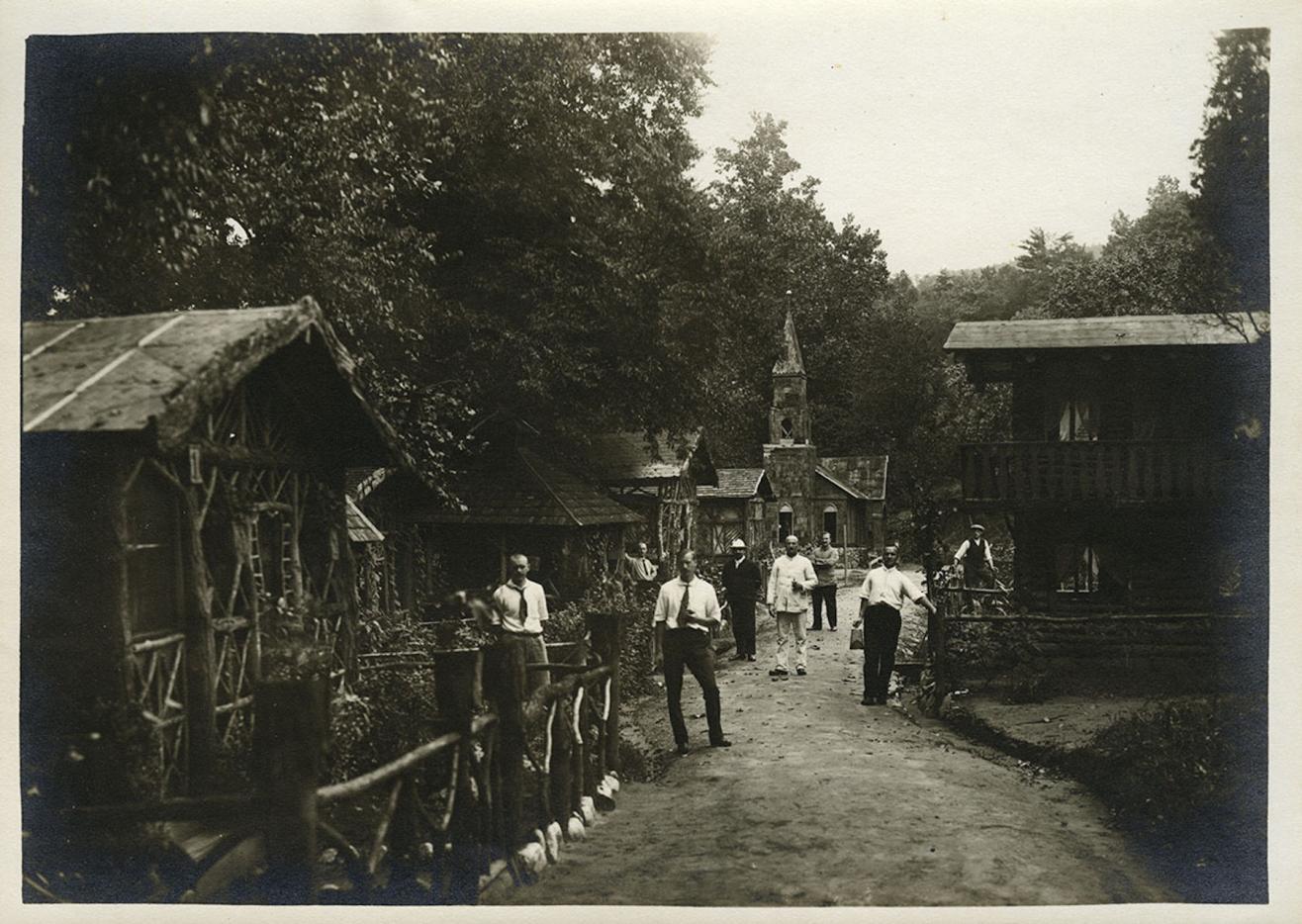 German civilians interned at a camp in Hot Springs, NC, constructed buildings that reminded them of their German culture before being relocated to Fort Oglethorpe, GA. Courtesy of: Madison County (NC) Public Library

The internment of German nationals during World War I illustrated how many strangers could form a close-knit community. Many Germans formed a community in the Mountain Park Hotel area in Hot Springs, North Carolina after they were relocated there by the United States government. Once there, they proceeded to build various structures and form community events relevant to German culture. They erected log houses, a church, gardens, and many other structures to keep their sense of community and culture alive and well [1]. In addition, many of them performed traditional German music together, amongst other activities to try and stay together through uncertain times.

Many of the Germans in this camp were transferred to Fort Oglethorpe, along with some of their now deconstructed buildings [2]. While the internment of innocent Germans casts a dark shadow on U.S. immigration policy and a lack of basic human rights, instances such as these allow people to make the best of the situations into which they find themselves [3]. The ability for these people to turn a dark, grim situation into one of optimism and pride speaks volumes to the human spirit and its persistence to seek happiness in all circumstances, an important lesson that should be remembered.