Prison Profiteering Has a Long and Complex History in Tennessee 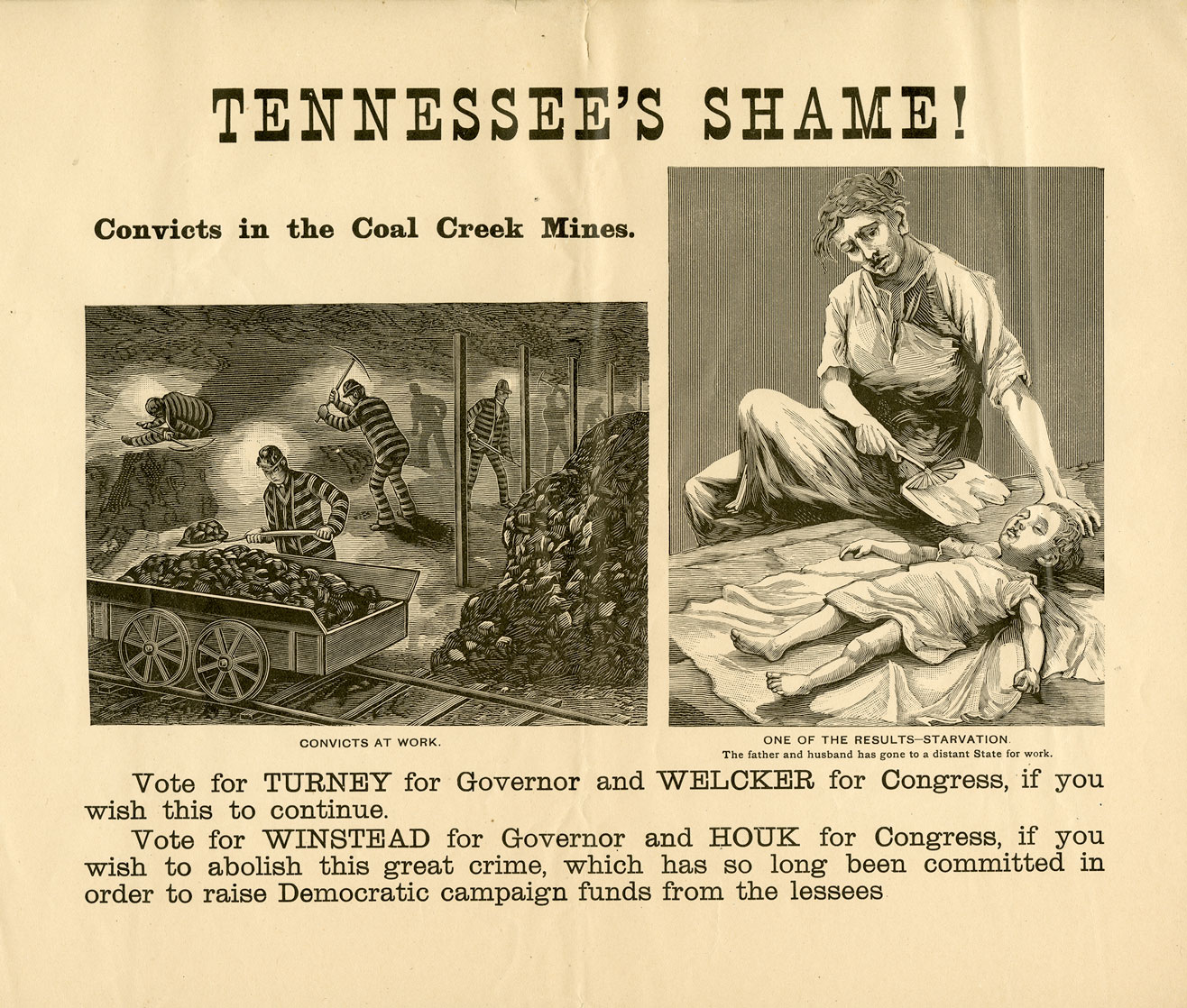 The 13th Amendment abolished slavery in 1865 “except as punishment for crime.”1 This exception created a constitutional loophole for prison slavery, which remains open to this day.

After the Civil War, Tennessee and other Southern states exploited this loophole to reinforce white supremacy, using unpaid black labor to rebuild the state’s economy. In 1866, the general assembly enacted Chapter 34, which allowed the penitentiary to lease out the labor of convicts for an initial period of four years.2 In 1870, the law was expanded to allow convict leasing anywhere in the state, including mines and railroads. Contractors such as the Tennessee Coal, Iron, and Railroad Company received incredibly cheap labor, for which the state was paid a lump sum. Prisoners — most of whom were black men arrested for petty crimes3—received no compensation for their work in a system that some historians have called “worse than slavery.”4

In East Tennessee, where the main industry was coal mining, free laborers opposed the practice of convict leasing as a threat to their own economic interests. In 1871, free laborers in Tracy City went on strike for higher wages and the abolition of convict leasing. Twenty years later, in 1891, the Coal Creek Rebellion broke out in the Cumberland Mountains. For over a year, miners attacked and burned local prison stockades, releasing prisoners and sending them on trains to Nashville or Knoxville. The governor sent in the militia to stop the uprising, and hundreds of miners were arrested. By 1897, Tennessee had shifted away from convict leasing, but the state continued to work prisoners in its own coal mines.5