Save Children from America’s Cradle-to-prison Pipeline 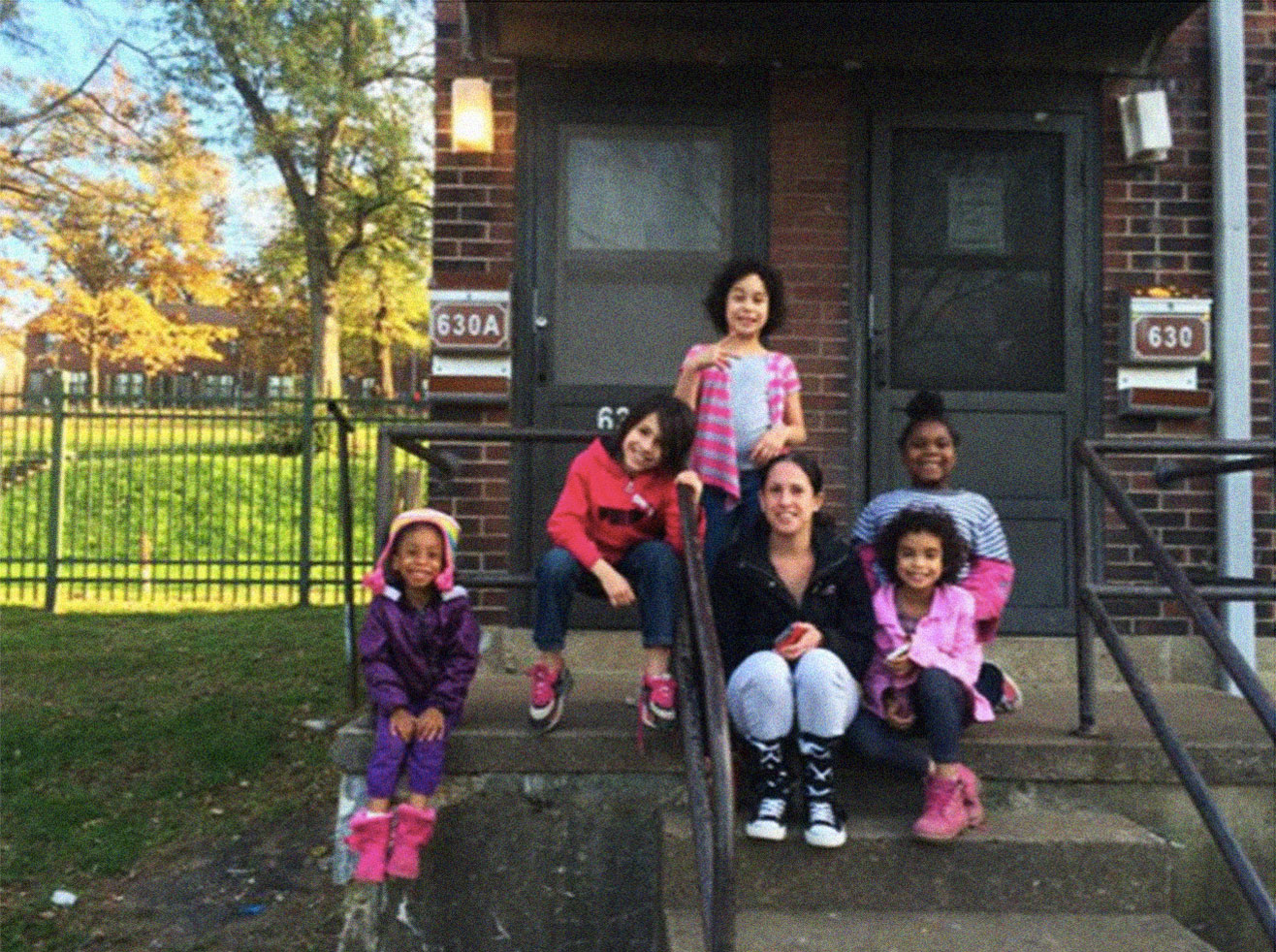 April lives with her eight-year-old daughter, Selina, and seven-year-old son, Sam, in Cayce Homes, a public housing complex of small brick buildings with patches of green grass between them in East Nashville. When I approached her for an interview, she was sitting on the doorstep watching a group of girls chasing each other in the afternoon sunshine. They were her daughter, two step-daughters, and their cousins whom April was babysitting. The family was in a good mood, as April’s husband, Selina's father, would be released from prison in seven days. “Things are bad for kids living here,” April said, when asked about the situations for kids in the community. “Most kids join gangs. Kids are outside on the streets at midnight. Gunshots. Police walking around.”

“Will they get caught up in gangs too?” I asked, looking at the little girls uniformly dressed in pink, who told me that they were all going to be cheerleaders. “They watch, and they learn. Some have already started to hang out with boys on the streets.” She took at look at her daughter: “Not Selina. Not her. She knows things. I talk to her everyday. ”

At their ages, the girls should have all possible futures open to them in America, a culture that believes life outcome is determined by the individual alone. In reality, they already are not on a trajectory that leads to college or work; they are at the beginning of a pathway to lives on the margins, if not to prisons.

The girls are among the millions of children growing up at the dangerous intersection of poverty and race, America’s deep mines of racial and economic injustice. At critical points in their development, from birth through adulthood, these children confront a multitude of disadvantages and risks: single, teen or unstable families; poor or nonexistent health care; lack of early education and enrichment; child abuse and neglect; failing schools that don’t teach them to read, write or compute; grade retention, suspension and expulsion; questionable special education placements or dropping out; unaddressed mental health problems; absent fathers or incarcerated parents; violent neighborhoods; and disproportionate involvement in the child welfare and juvenile justice systems. These accumulated and convergent risks form a Cradle to Prison Pipeline, trapping these children in a trajectory that leads to marginalized lives, imprisonment and often premature death.(i)

At the ages of these girls, eight or nine years old, the split between the pipeline to college and the pipeline to prison already begins in earnest. (ii) Dr. James P. Comer’s studies say that children know by about the third grade whether they are part of the mainstream or of another, more marginal world. Many of those who are routinely disciplined or struggle with schoolwork mentally drop out at this point. They may later actually leave school, the number one predictor of court involvement. According to Tennessee Human Rights Commission, once a young male of color is frequently suspended or expelled from school, the probability for him spending a portion of his adult life in prison is raised to 50%. (iii)

The next several years will be a critical time for Selina. Despite that her mother hopes with all her heart that she can succeed in life, Selina may still go on a downhill course and repeat the marginal experiences of her parents. Will Selina be able to grow up healthy, safe, educated, and respectful? She needs help, before it is too late. So do millions of other children.