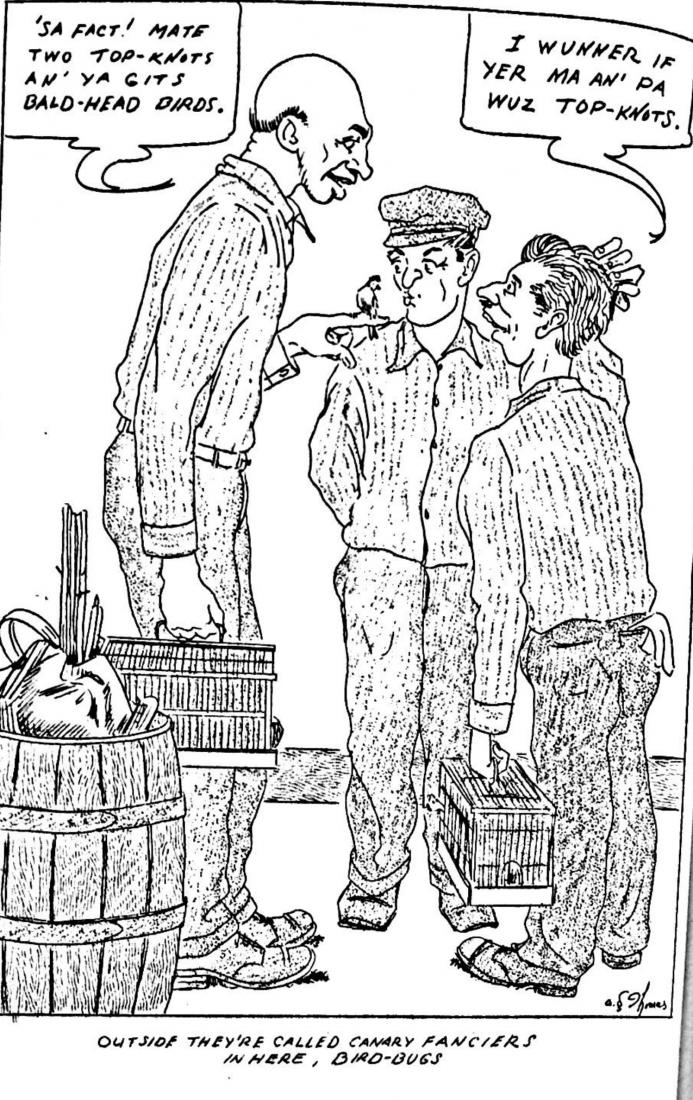 A political cartoon from The Spectator, a newspaper produced from inside Jackson State Prison. April 13, 1934. Courtesy of: Archives of Michigan

Prison newspapers are not a new concept. Some prison newspapers date back to the antebellum era. IN 1800, William Keteltas, an incarcerated attorney who is credited with establishing prison journalism, created the Forlorn Hope in a New York City prison.1 Michigan State Prison, commonly known as Jackson, Prison, published The Spectator. The paper was dedicated to and operated by detainees. The Spectator featured many different stories such as gossip, sports, and things that one would find in any outside newspaper.2

Many of the first prison papers saw great scrutiny as their reporting often took aim at the unfair conditions that people in prison lived under. In the New York paper, Good Words, author Julian Hawthorne wrote a scathing article attacking meaningless, make-work jobs stating, "men in jail have jailed themselves, or done such desperate acts that would lead to their killing because of the aimlessness of a jail routine."3

Acts of resistance through journalism were seen as a threat to the prison system and were often suppressed by prison staff. This could come in the form of reassignment of work or the underfunding of newspaper programs. If a program was able to succeed, however, the social benefits were abundant. With greater funding for programs, better typefaces could be used to entice readers and increase the overall appeal for all involved.4

Because those inside did not have access to photography tools, illustrations were the only way to communicate ideas outside of the written word. By 1934, Jackson's The Spectator had become renowned for its captivating images that rivaled the quality of work being done on the outside. At this time, The Spectator published two reviews from the New York Times and Time Magazine that celebrated the illustrative works being done in prisons.5

1. Morris, James M. "Journalism Behind Bars." The Quarterly Journal of the Library of Congress 40, no. 2