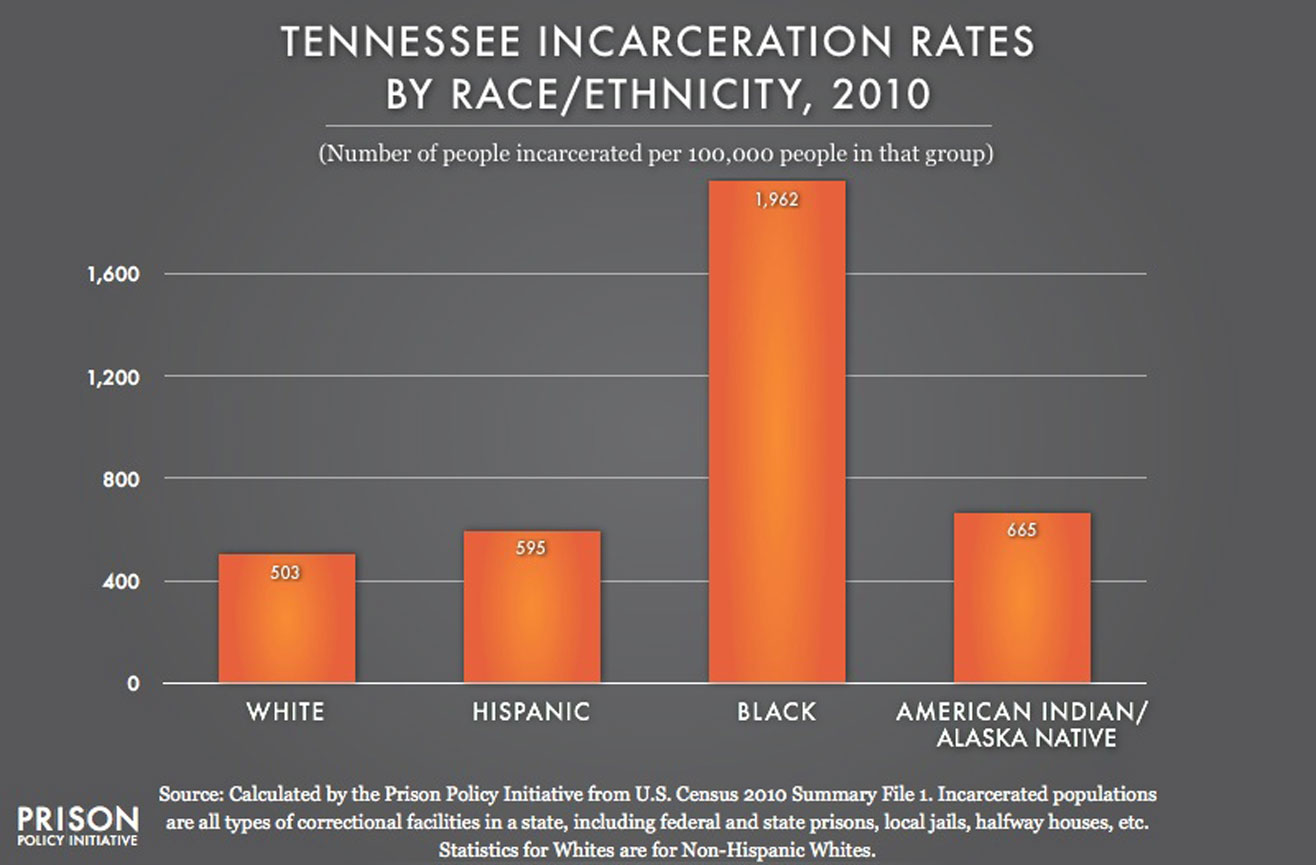 Share on FacebookShare on TwitterShare on Google Plus
Corrections
Race

In addition to high incarceration rates, Tennessee has higher than average rates of school suspension, especially for students of color. Black students in Tennessee account for 23% of all students but 58% of school suspensions and 71% of expulsions.3 Some of the starkest disparities are in Memphis, a predominantly black city with double the national average rate of school suspensions. More than 50% of Black males with disabilities were suspended from Memphis high schools at least once in 2011-12.4 Once a student is suspended or expelled, they are more likely to be caught in a pipeline to prison.

In Trousdale County, less than 10% of the county is black: a recipe for racial tensions between a predominantly white rural population and a disproportionately black urban prison population.5