Who is First Friends? 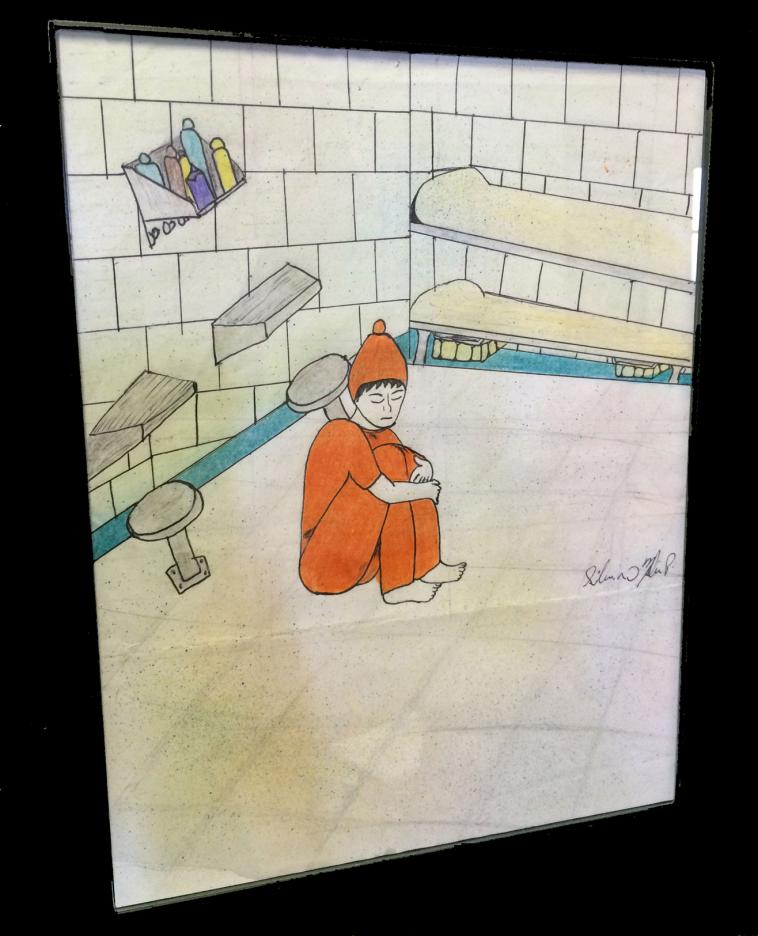 Drawing of Sapa, a detainee, by another detainee, who felt compelled to capture his sadness. Credit: Photograph by Erin Donnelly and Kristyn Scorsone. Courtesy of: First Friends of NJ and NY

“Part of our mission is to end their languishment in detention and their isolation, give them all the hope and encouragement and whatever compassion and support we can give them while they are in detention.” - Sally Pillay

First Friends was established in 2001 and began its work as a visitation program. Since then, it has expanded its services. The First Friends office is located in Kearny, New Jersey. They are a volunteer based organization that states its mission as such: “First Friends of NJ and NY upholds the inherent dignity and humanity of detained immigrants and asylum seekers. We provide hope through volunteer visitation, resettlement assistance and advocacy.” First Friends runs a few different programs designed to support and assist detainees.

The “Stamp Out Despair Campaign” is a program designed to help detainees establish and maintain contact with family and friends. Through the program, detainees are sent a folder with envelopes, stamps, a calling card, writing utensils, and loose leaf paper. As the program’s title suggests, it also has an emotional goal, First Friends is invested in acknowledging and supporting the emotional well-being of detainees. When we spoke to Sally in person, she told us about the sadness, despair, and shame that many detainees experience from their sometimes long and indeterminate periods of isolation. Through the “Stamp Out Despair Campaign,” First Friends brings the possibility of connection and pleasure into the lives of the detained.

Sally also told us about their visitation program. According to the organization’s website, they “provide volunteers to visit immigrant detainees who do not have family or friends to visit them.” The First Friends visitors are volunteers who commit to visiting a detainee at least twice a month. They are seen as “friendly acquaintances” and do not provide any legal support. Sister Regina, who has volunteered for First Friends for four years, told us about a detainee that she visited once a week for about a year. “You really felt like you had a friend. It was really a friendship,” she said. Sister Regina also described the connection that she had developed through her work with the visitation program. It catches you,” she said. “I found that once you start visiting a person you just want to keep visiting that person. You think about them when you’re not visiting.”