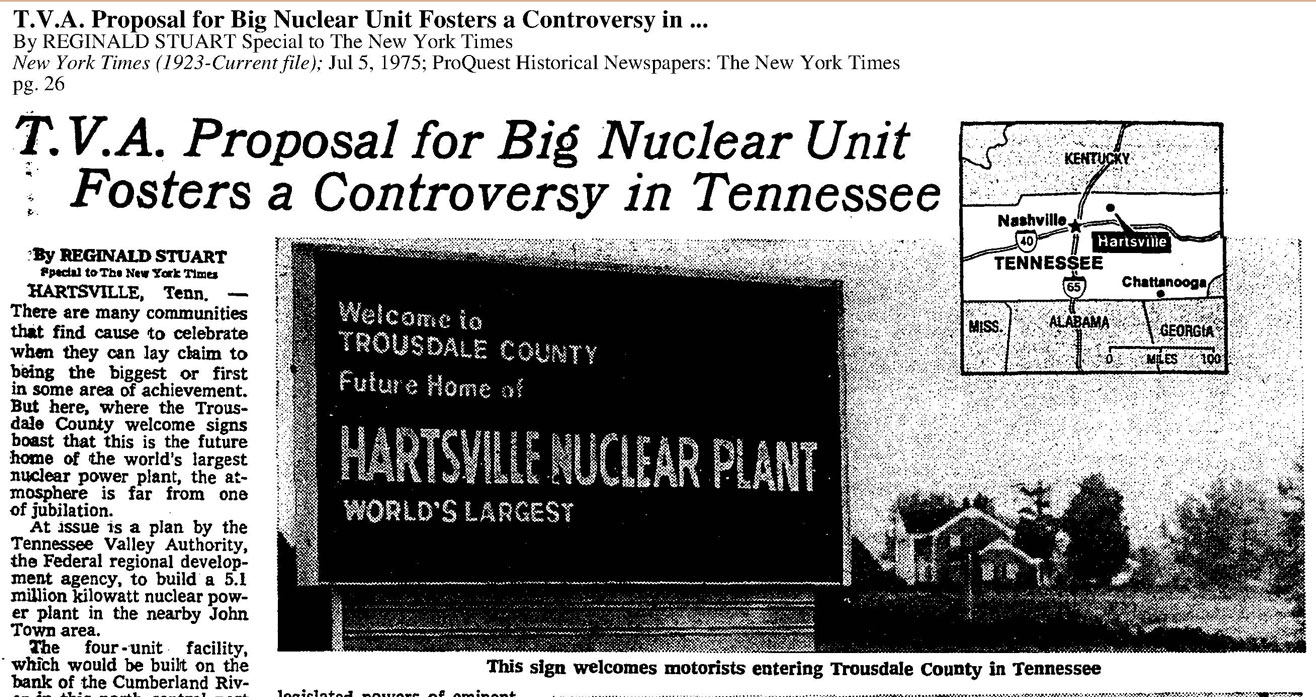 In the mid-70s, Hartsville resident Faith Young decided to invite some friends over from Nashville. After making the hour-long drive, the visitors were shocked by the view they saw from Ms. Young’s window.1 Nearby, construction had begun on what the Tennessee Valley Authority (TVA) billed as the “world’s largest” nuclear plant, bringing the promise of jobs and economic vitality to a poor rural community.

The project got underway in 1975 with the goal of accommodating increased energy consumption in the future.2 The $3.5 billion dollar plant, was one of seventeen TVA-proposed nuclear facilities and was designed to hold four reactors.3 Surveys showed overwhelming support for the plant with a majority of Hartsville residents believing that the plant would create more jobs and stimulate economic growth.4
But not everyone supported the idea. In response to the risk of nuclear contamination, Faith Young founded “Concerned Citizens of Tennessee” to fight against the plant with the help of community members. After years of public demonstrations and press conferences, support for the plant decreased significantly — so much that in 1980, a majority of residents opposed the plant’s construction.5

In the wake of the public outcry and overestimates of energy consumption, TVA put the project on hold in 1982 and canceled it altogether in 1984.6 Faith Young and her allies were victorious, but a nuclear shadow still hangs over Trousdale County.