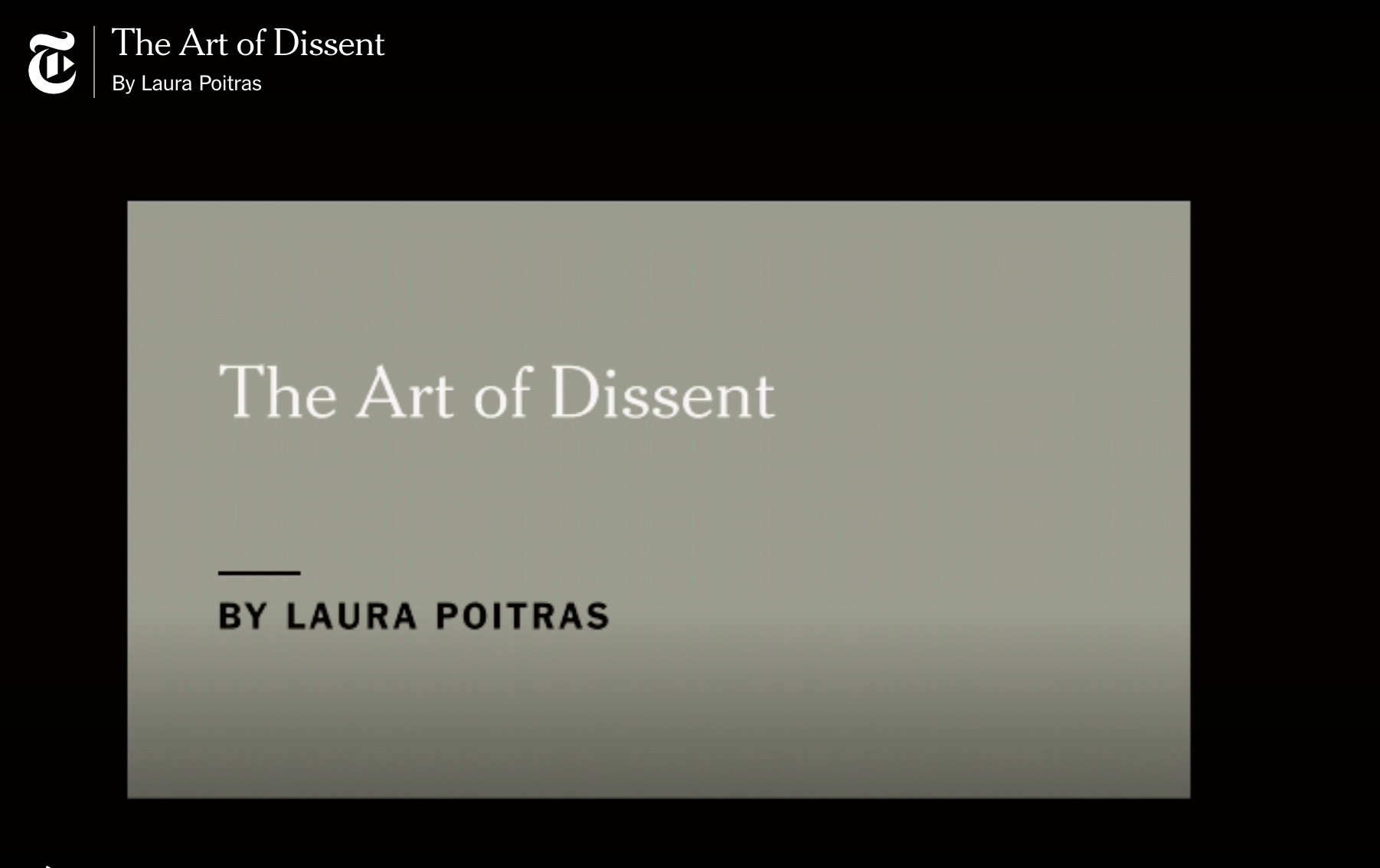 “Ai Weiwei and Jacob Appelbaum are artists, journalists, dissidents, polymaths — and targets. Their respective governments, China and the United States, monitor their every move. They have been detained and interrogated. Ai cannot leave China, and Appelbaum is advised not to return to the United States. They are separated from their families. Ai has been imprisoned and beaten by the police. Yet each continues his work and speaks out against government wrongdoing.”

This excerpt from a New York Times article describes two peoples’ attempts to challenge their governments at the expense of their freedom. Ai Weiwei creates protest art that serves political and journalistic roles in exposing the Chinese government. Similarly, Jacob Appelbaum is accused with helping to disclose private US intelligence information in the wikileaks scandal. Not only does technology allow people to spy on their government, but the government has even more power to surveil its people. The ubiquity of internet surveillance incites fear in people that they are always under the threat of being watched. Thus, this passage discusses the government’s relationship with internet as a modern panopticon of surveillance.

You can find the original article linked here.