States of Incarceration is traveling again!

The traveling exhibition just finished a 7-month run at Colby College's Oak Institute for Human Rights in Waterville, ME. Thanks to our terrific local hosts!

Scroll or jump to next screen
Ohio: Life Sentences: Death Penalty on the Installment Plan
How much time is enough time?
Antioch College

Over the past 30 years, life sentences in the US have expanded nearly five-fold. The “tough on crime” era of the 1980s and1990s brought a wave of longer sentences and stricter parole laws.

Our project explores life sentences in Ohio, and we ground our work in a collaboration with women serving life at Dayton Correctional Institution. In Ohio, most “lifers” have the possibility of parole (89%, compared to 54% nationally), and some of the harshest life sentencing laws, such as “three strikes” and felony murder, do not exist in our state. What can we learn from Ohio? First, even though most people serving life are parole-eligible, few of them are released. Our collaborators dub life sentences “death penalty on the installment plan” because parole denials extend their imprisonment indefinitely. Second, life sentences in Ohio are extreme and overused, even for serious crimes like homicide. Finally, race, class, and gender disparities remain pervasive in the Ohio criminal justice system.

The context of women’s crimes — which often include poverty, abuse, trauma, and male co-defendants — are under-acknowledged at every stage of the process. Furthermore, Ohio’s self-defense and “battered woman syndrome” statutes are inadequate for addressing the realities of women who kill those who abuse them and their children.

Our Point of View

Life sentences provide unique insight into systemic injustices and the punitive philosophy at the core of our criminal justice system. Many people serving life have themselves been victimized, they are disproportionately poor and/or black, and they may not have had adequate counsel or a fair trial (or any trial at all for the vast majority who accept a plea deal). Ohio’s Parole Board routinely denies parole, even to the elderly who have spent decades behind bars and who are unlikely to commit another violent crime.

We would like to see systemic changes that 1) acknowledge the complicated humanity of each situation, 2) better recognize the needs of people in prison who are ill, aging, and dying, 3) make “automatic release” at the time of parole standard practice, and 4) redirect resources from punitive to supportive infrastructure.

Scroll or jump to next screen

The Athens Asylum was open from 1874-1993. A number of the people institutionalized at the facility were committed for the remainder of their lives and died in custody. Courtesy of: Southeast Ohio History Center

Artwork by DaRyndA, who is serving a 20-to-life sentence at Dayton Correctional Facility.

A collaborative art piece created by Forest Bright and inspired by conversations between Antioch students and faculty and women who serving life at Dayton Correctional Facility. Credit: Forest Bright

Artwork by Aurora, who is serving a 20-to-life sentence at Dayton Correctional Facility. 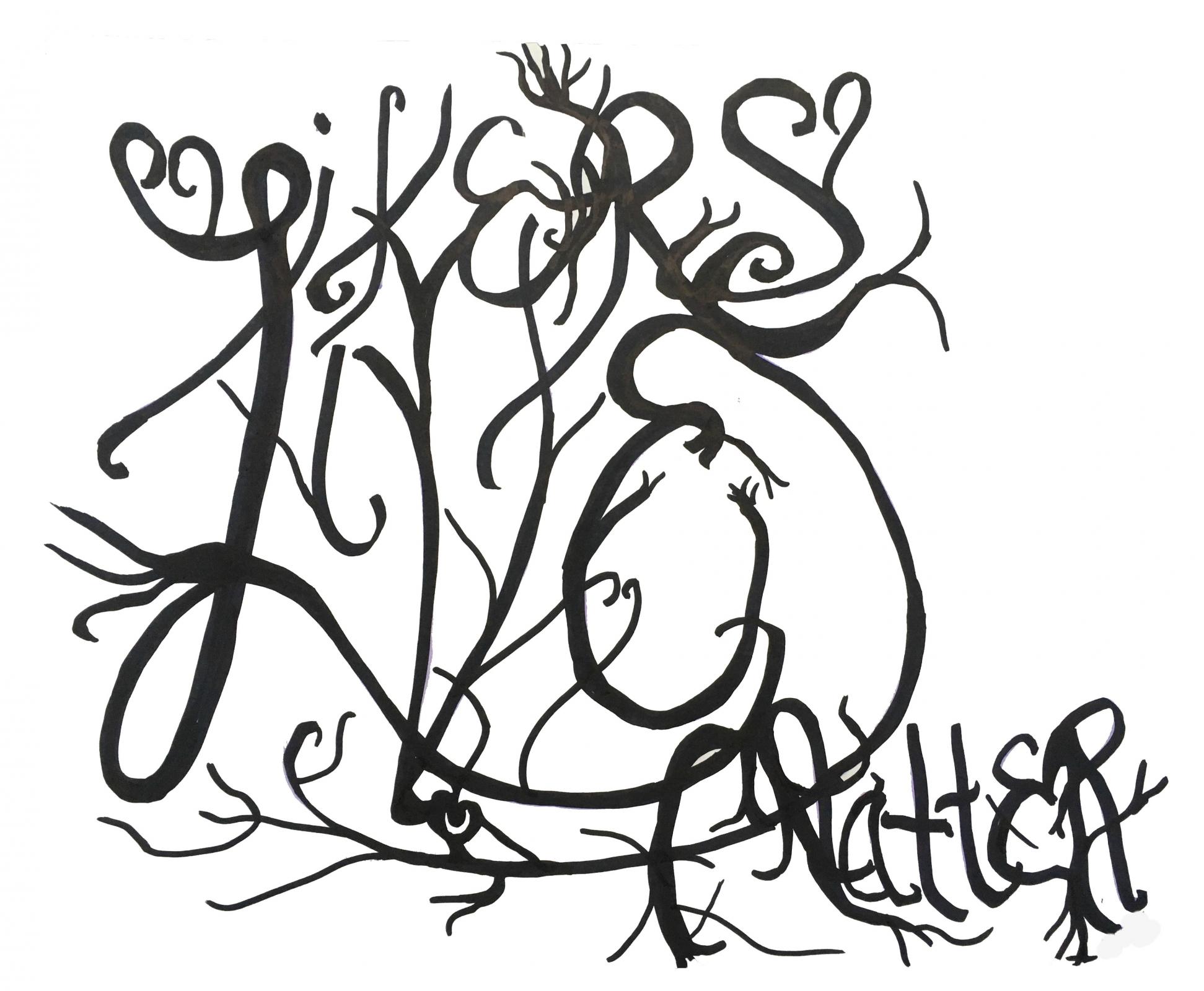 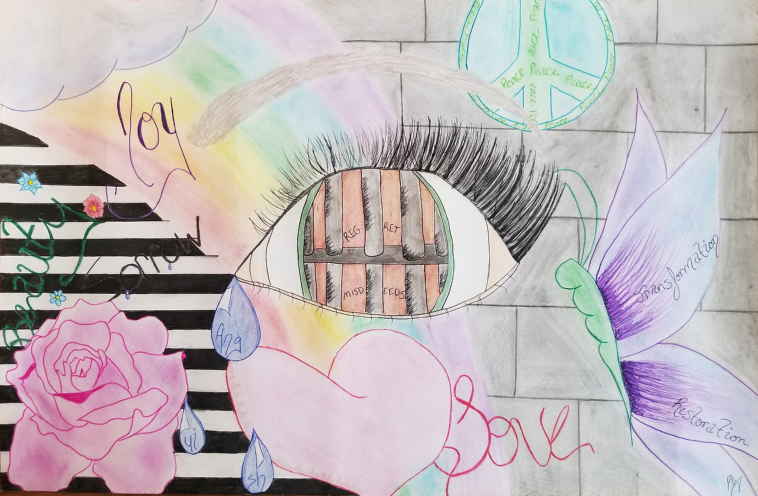 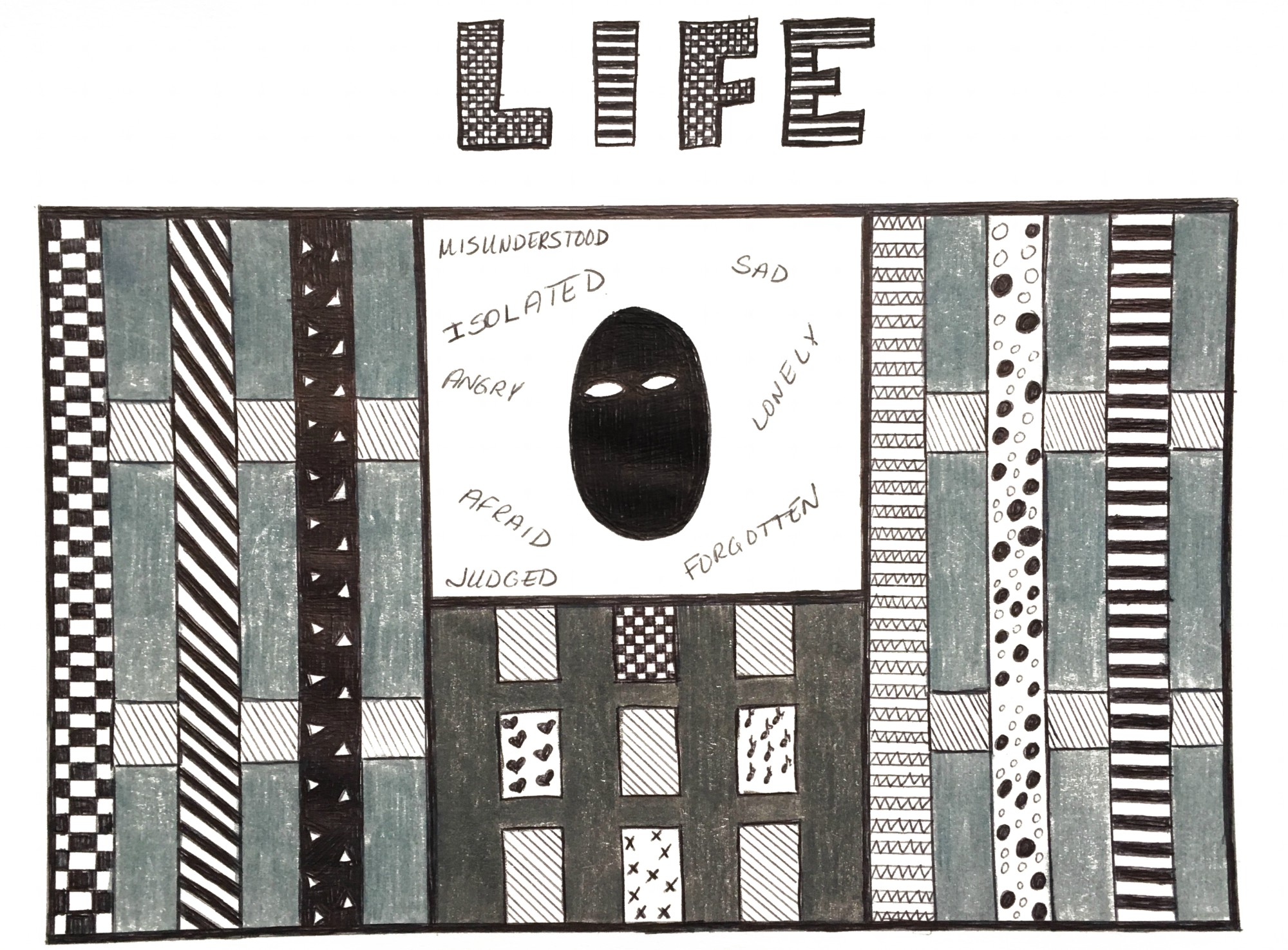 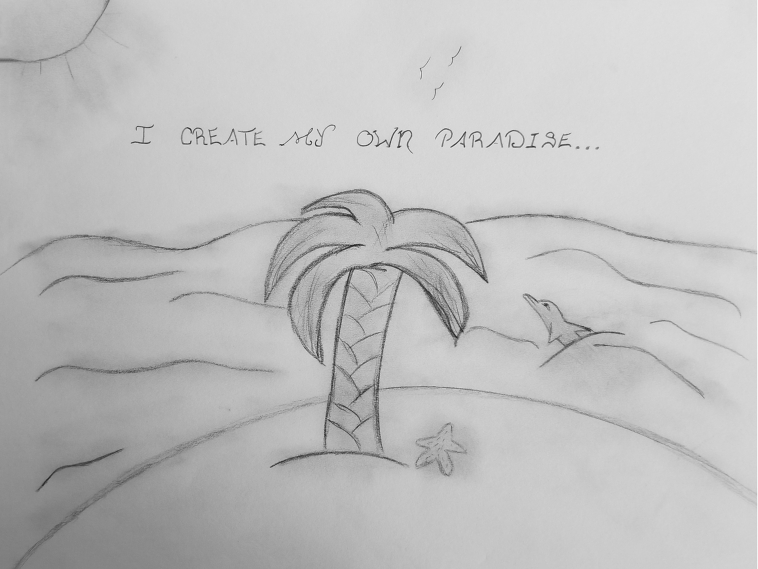 I Create My Own Paradise!
Sort Stories By: Tags & National Issues

I Create My Own Paradise!

A companion exhibit to States of Incarceration in Yellow Springs entitled "They Will Shoot Her Too," a collection of portraits by artist Aimee Wissman of women victims of police violence. Credit: Odette Chavez-Mayo

Photographer and Antioch graduate Odette Chavez-Mayo (center) with four women serving life at Dayton Correctional Institute. The women partnered with Antioch college faculty and students to create Ohio's contribution to States of Incarceration. Odette's exhibit, "We are Enough: Women of Dayton Correctional Institute," was on display at Herndon Gallery alongside States of Incarceration. Credit: Odette Chavez-Mayo

Share on FacebookShare on TwitterShare on Google Plus
“The commitment to increase knowledge and awareness from young people nationwide, it gives me hope. ”  — Exhibition Visitor
“Incarceration is not built for you to get better. ”  — Mary Evans

Arizona State University
The Cost of Immigrant Detention
How do profits shape punishment?

University of California, Riverside
In Detention
How have youth been criminalized?

University of Connecticut
Digging Deep into the Carceral Past
What should tourists learn at a historic prison?

University of Miami
Crimmigration at Krome
Processing center or prison?

Kennesaw State University
Past is Precedent: Incarcerating Non-Citizens
What rights should non-citizens have?

DePaul University
Legacies and Voices
What do you want your legacy to be?

University of Massachusetts Amherst
Reforming Gender and the Carceral State
What are women’s prisons for?
Northeastern University
The Norfolk Prison Colony Debating Society
Are prisons for punishment or rehabilitation?

Michgan State University
Genius Blossoms Behind Prison Walls
Can Prisons Be Sites of Culture and Leisure?

University of North Carolina at Greensboro
Voices from the Chain Gang
What Can We Learn From Listening?
Duke University
Death and Life at Central Prison
Who is the death penalty for?

Antioch College
Life Sentences: Death Penalty on the Installment Plan
How much time is enough time?

University of Texas at Austin
Spatial Stories of Migration and Detention
How does architecture shape punishment?

Are Criminals Citizens?
Are Non-citizens Criminals?
What Is a Crime?
Who Is a Criminal?
Where Is the 'Carceral State'?
Who Works for Prisons?
Who Do Prisons Work for?
or

(select one or multiple)